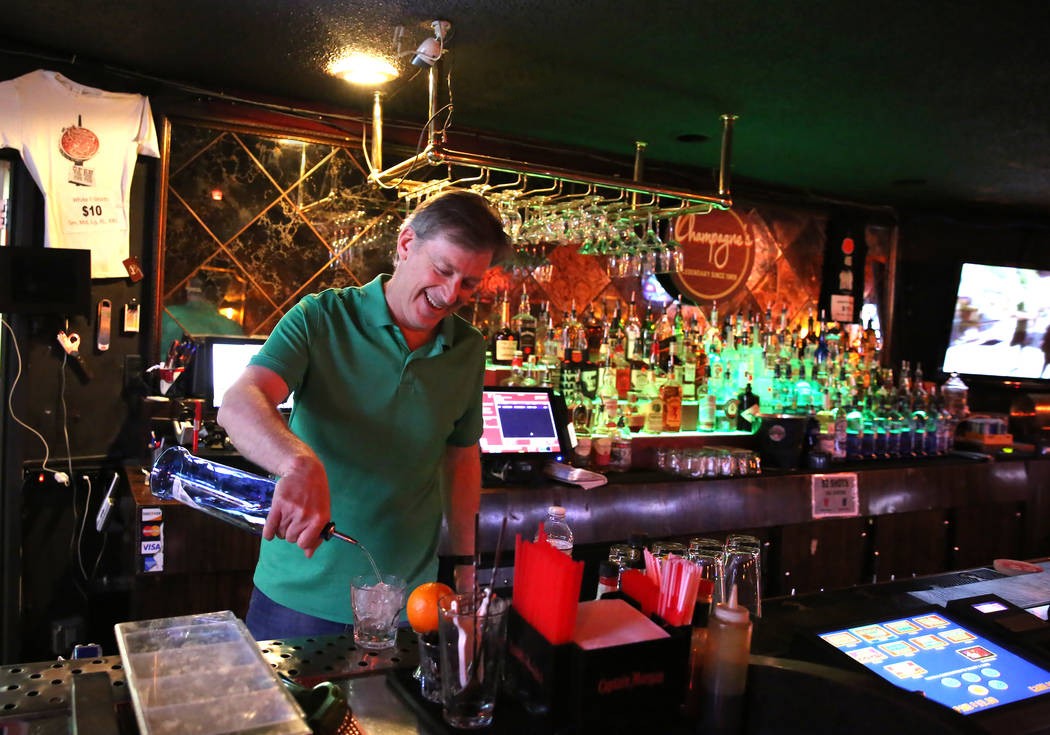 Located on the corner of Maryland Parkway and Dumont Boulevard, Champagne’s Cafe sits on the edge of one of 61 newly nominated opportunity zones in Nevada.

Greg Sims, the owner of the historic bar, described the neighborhood as “up and coming.”

Located in the heart of Las Vegas, over 53 percent of the census tract’s population lives in poverty, according to the city of Las Vegas. The area connects McCarran International Airport, UNLV and downtown. Clark County officials hope to make the area more transit-oriented and walkable. A new federal program could help to make that vision a reality.

The opportunity zones tax incentive would allow investors to put money toward development in certain communities.

The program walks a delicate line. If done right, it could bring in affordable housing, new businesses and transit developments to low-income communities. Or it could encourage gentrification and cause displacement.

Sims said he already is seeing customers from the neighborhood forced out of where they live because of rising rents.

“My business will probably improve if the area is gentrified,” he said. “It’s hard to say how you feel about that.”

“The scale of the opportunity is really enormous,” said John Lettieri, president and co-founder of the Economic Innovation Group, a Washington bipartisan policy group that lobbied for the program. “For the first time we have a direct line to resources that were never before available to these communities.”

Investors — be it individuals or businesses — who reinvest their unrealized capital gains into opportunity funds are offered different tax incentives. Depending on how long the investment is held, investors can receive temporary tax deferrals, a step-up in basis for capital gains and permanent exclusion from taxable income of capital gains.

“I don’t know how much actual investment will occur, but I think there’s a big appetite,” said Derek Armstrong, deputy director of the Governor’s Office of Economic Development.

The new Opportunity Zones community development program was established by Congress in the Tax Cuts and Jobs Act at the end of last year to encourage long-term investments in low-income urban and rural communities.

The Department of the Treasury is developing the guidelines on how developers will be able to access the funds.

“The incentives were laid out pretty well, but the Treasury is still developing its regulations for how an opportunity fund works and the requirements,” Armstrong said. “We just don’t know quite how it’s going to operate.”An estimated $6 trillion of unrealized capital gains in assets are eligible for reinvestment in this program, according to the Economic Innovation Group.

“There could be hundreds of millions of dollars that flow into these opportunity zones in this state,” Armstrong said.

According to the Economic Innovation Group, Nevada could be one of the states to benefit the most.

“You have extraordinarily prosperous places within shouting distance of distressed parts of the city,” Lettieri said. “

Vegas is a microcosm for the whole country. You’re seeing a more fractured expansion, where a record number of places are left out, losing jobs and businesses even as the national recovery is in full swing.”

The Economic Innovation Group assesses communities on metrics including poverty rate, median income and employment rates to understand how their well-being stacks up against other communities.

While Las Vegas’ ranking improved in 2017, Lettieri said the city still has a high distress quotient. One Las Vegas ZIP code, 89106, was given a distress score of 94.5, meaning it is considered more distressed than a majority of the rest of the nation. ZIP code 89085, only 10 miles north, was only at 1 percent.

Opportunity Zones could help these areas catch up.

“Research that we have done makes the case that the U.S. economy needs some kind of solution like this,” Armstrong said. “There have been previous attempts and place-based investing or development programs, and the reality is that those past efforts really didn’t live up to the sort of hopes and dreams of what those might be. … We need to ensure that more places are seeing that.”

Because these zones are chosen by state governors who worked alongside local jurisdictions to define the areas’ priorities, Lettieri said, they’re better able to meet the needs of the communities. The money could be put toward developments such as affordable housing, transit development or new businesses.

“There’s local expertise and local buy-in to make sure that the tool gets applied in the right way to communities,” he said.

While the program has the potential to reshape areas across Nevada, there is no guarantee that it will work as intended.

Because the fastest gentrifying areas often give the highest returns to investors, some expect the largest tax subsidies will go toward such communities. This could speed gentrification and encourage displacement.

“The geographical region itself could be improved, but if the people currently struggling are forced out and do not share in that prosperity, it’s hard to call that a win,” said Robert Fellner,

It’s too early to say how the program will pan out. But while many expected governors to nominate tracts that were more affluent, Lettieri said the opposite is true.

The new Opportunity Zones community development program was established by Congress in the Tax Cuts and Jobs Act at the end of last year to encourage long-term investments in low-income urban and rural communities.

The Department of the Treasury is working to develop the guidelines on how developers will be able to access those funds.

Capital gains reinvested in opportunity funds will result in a temporary tax deferral until Dec. 31, 2026 or whenever the investment is sold.

For taxpayers holding the investment for at least five years, the basis of the original investment will increase 10 percent.

After seven years, there is a 15 percent step-up in basis.

Those who hold the investment for at least 10 years will be able to sell the investments free of capital gains tax on the appreciation of that investment.

Previous Article:Cramer: Apple has the most to lose from a trade war

Next Article:Trade War: What Is It Good For?