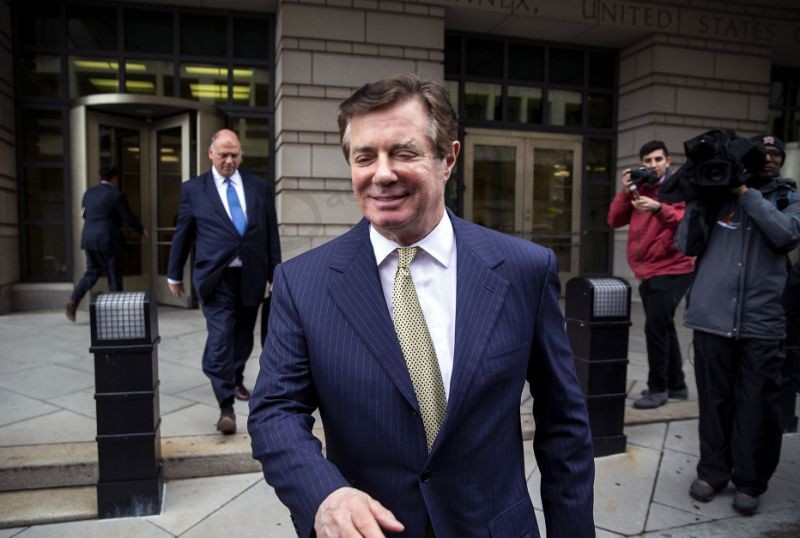 (Bloomberg) -- Paul Manafort will be sentenced on March 8 in federal court in Alexandria, Virginia, where Special Counsel Robert Mueller has recommended he serve as much as a quarter century in prison for his convictions on tax- and bank-fraud charge, according to a judge.

U.S. District Judge T.S. Ellis III set the date on Thursday, giving Manafort until March 1 to reply to Mueller’s recommendation that he serve between 19.6 and 24.4 years in prison. Manafort, 69, was convicted by jurors last August of bank fraud, tax fraud and failure to file a foreign bank account report.

Manafort, who was President Donald Trump’s campaign chairman in 2016, also faces a March 13 sentencing in federal court in Washington. He pleaded guilty there last September to two conspiracy counts, which carry a maximum term of 10 years combined. Manafort cooperated with Mueller’s Russia investigation for two months, but prosecutors then said he breached his plea deal by repeatedly lying during debriefings.

To contact the reporter on this story: David Voreacos in New York at dvoreacos@bloomberg.net

To contact the editors responsible for this story: Jeffrey D Grocott at jgrocott2@bloomberg.net, David S. Joachim

For more articles like this, please visit us at bloomberg.com

Next Article:Pennsylvania spending millions of anti-opioid grant funds on advertising