Senior managers at Facebook knew about a data breach associated with campaign consulting firm Cambridge Analytica before it was first reported in the media in 2015, according to a U.K. Parliament report that concludes the company "deliberately misled" a wide-ranging investigation into disinformation, "fake news" and election interference.

"Companies like Facebook should not be allowed to behave like 'digital gangsters' in the online world, considering themselves to be ahead of and beyond the law," the report says, urging British authorities to determine whether the social media giant has "unfairly" made it harder for other developers to operate.

The committee is calling for a range of reforms, including:

A "Compulsory Code of Ethics," with a regulator capable of penalizing companies that fail to abide by the code.Modernization of electoral laws.Legislation to require social media companies block "known sources of harmful content, including proven sources of disinformation."

The committee examined the use of a professor's app to harvest the data of millions of unsuspecting Facebook users, and the flow of that data through intertwined companies named Cambridge Analytica and SCL Group, which provided consulting for the Brexit and Trump campaigns.The app, called "thisisyourdigitallife," allowed professor Aleksandr Kogan and his business partner Joseph Chancellor to use "psychometric techniques" that would reveal information about individuals "more accurate than even the knowledge of very close friends and family members," according to a contract Kogan signed with SCL Elections. 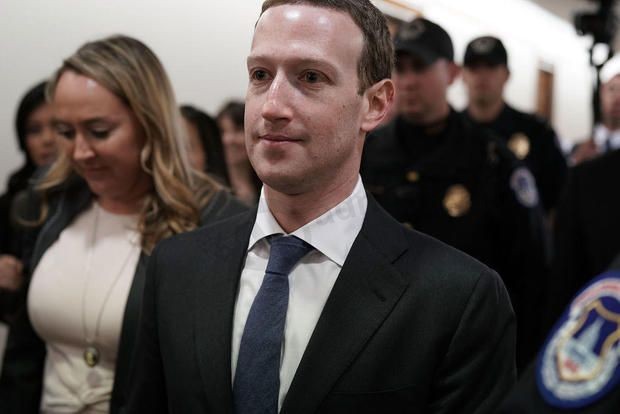 Facebook CEO Mark Zuckerberg wrote in a March 21, 2018, Facebook post that "in 2015, we learned from journalists at The Guardian that Kogan had shared data from his app with Cambridge Analytica."However, British investigators said three "senior managers" were involved in email exchanges concerning the breach earlier in 2015. But the managers did not tell top executives, including Zuckerberg, committee chair Damian Collins said Sunday in a phone call with CBS News."That poses a really interesting question, because you would think this would be a really serious issue, so why weren't the most senior people told, or in truth, was this a relatively uncommon thing to be escalated? Either way it poses a really interesting question for Facebook," Collins said.Asked if he believed Zuckerberg and other top executives were purposely kept isolated from potentially damaging information, Collins said, "I think a lot of our engagement experience with Facebook suggests that.""Often people will use the excuse of not being fully informed, so there is a culture of secrecy in keeping stuff quiet so people will always have the opportunity to deny knowledge," Collins said. "But…this was a really serious issue that the company should have known about and addressed. It at least suggests pretty serious failings in governance if senior executives aren't aware of major data breaches affecting the platform."In 2016, Facebook employees were embedded in the Trump campaign's digital operation at the same time as it employed Cambridge Analytica, according to a June 10 , digital director for Trump's campaign. The Parliament committee's report also warns about recent efforts by Facebook to expand its political involvement."(Facebook) has recently launched a 'Community Actions' News Feed petition feature, for instance, to allow users to organize around local political issues, by starting and supporting political petitions. It is hard to understand how Facebook will be able to self-regulate such a feature; the more controversial and contentious the local issue, the more engagement there will be on Facebook, with the accompanying revenue from adverts," the committee writes.In addition to its report, the committee also released internal Facebook emails that appear to show the company offering expensive premium access to user data to some companies, while locking out others that it viewed as its competition.For instance, documents released by the committee in December appeared to show Zuckerberg personally approving a decision to block data access from Vine, a social media video hosting service in which users shared six-second looping video clips.