Cramer: Apple has the most to lose from a trade war 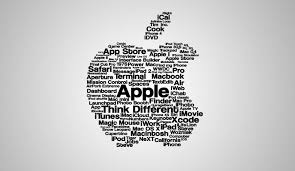 If a trade war breaks out, companies like Apple and Walmart will be caught in the crossfire, but Apple has the most to lose, CNBC's Jim Cramer argued on Friday.

"You can't crack down on China without hurting large swaths of the American economy," the "Mad Money" host said. "Why? because China's our biggest trading partner."

And, Cramer said, there are always winners and losers in this battle.

In the case of Apple and Walmart, two of America's biggest companies, Cramer pointed out that imposing tariffs on $100 billion worth of Chinese imports — about a fifth of total U.S. imports from China — would adversely impact consumers and investors alike.

"Likely only one of them will get shelled," Cramer said.

"Basically, we can slap a big tax on a couple of important types of technology that could ultimately hurt Apple," he said.

"Or, we can hit a huge basket of consumer goods — a Walmart tariff," Cramer said.

While both companies have a substantial base in the People's Republic — 10 percent of Walmart's business is in China, as is 20 percent of Apple's — Cramer said Apple is the most vulnerable.

The "most straightforward" way for Trump to target $100 billion worth of Chinese goods would be to place tariffs on electronics, which could raise the cost of phones, computers and other components, Cramer said.

As many of Apple's products are assembled in China, this move could cause disruptions to the supply chain and could spur other penalties such as boycotts.

"Apple can try to pass that [cost] on to their customers, but a 20 percent tariff on phones means that your $1,000 Chinese assembled iPhone suddenly costs $1,200," Cramer said.

"Please do not forget the great help that my good friend, President Xi of China, has given to the United States, particularly at the Border of North Korea," Trump wrote. "Without him it would have been a much longer, tougher, process!"

But, Cramer said, "It would be a mistake to think we've put this issue behind us."

Next Article:New program may spur additional business in Las Vegas