WASHINGTON — Some of the top strategists in Bernie Sanders’s 2016 presidential campaign will not be taking part in his next bid for the White House. Devine Mulvey Longabaugh, a progressive consulting firm whose partners served as media consultants for Sanders’s run in 2016, provided a statement to Yahoo News on Tuesday saying that the firm is “stepping away” from the senator’s 2020 campaign.

“We are leaving because we believe that Sen. Sanders deserves to have media consultants who share his creative vision for the campaign,” said the statement from DML partners Tad Devine, Julian Mulvey and Mark Longabaugh.

The news of the split comes exactly one week after Sanders formally launched his second presidential campaign. 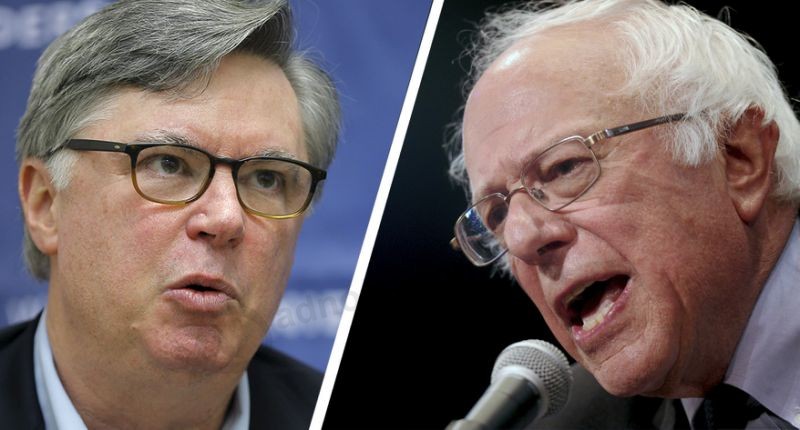 DML played a crucial role in Sanders’s 2016 run, including creating television ads and working on debate prep and overall strategy. Devine served as his chief strategist on the campaign, Longabaugh was a senior adviser, and Mulvey was creative director for the campaign’s television advertising operation.

The firm’s statement noted that it had “produced 275 television, radio and digital ads” for the 2016 Sanders campaign. Many of those ads, particularly one that featured the Simon & Garfunkel song “America,” received critical acclaim and were widely credited with helping Sanders mount a surprisingly strong primary challenge to Hillary Clinton with his message of democratic socialism. In the statement, DML thanked Sanders for giving the company a chance to participate in “a campaign whose impact was transformative in American politics.”

“We are grateful for the opportunity to have worked for Senator Sanders in his historic 2016 campaign for President, and to have helped launch his 2020 race. We are tremendously proud of our work and our association with Bernie Sanders. The 2016 campaign provided our firm the opportunity to help Senator Sanders tell his story and communicate his message to the American people,” the statement said.

Devine has most recently been in the headlines because of his association with President Trump’s former campaign chairman Paul Manafort, working with him to help elect the pro-Russian Victor Yanukovych as president of Ukraine in 2010. Last year, Manafort was convicted on multiple felony counts, including some that were related to his failing to properly register his lobbying for Yanukovych and to declare his income from the work. Manafort was prosecuted by the office of special counsel Robert Mueller, which is investigating Russian interference in the 2016 election.

Last July, DML revealed that Devine had agreed to testify for the prosecution in Manafort’s trial. The statement noted that Devine’s testimony was related only to the work he performed in 2010 and added, “We have been assured by the Special Counsel’s Office that we have no legal exposure, did not act unlawfully, and that Tad is testifying as a fact witness.”

The rift between Sanders and Devine predated the strategist’s involvement in Manafort’s trial. Multiple sources have informed Yahoo News that they have not spoken since the close of the 2016 election. A source close to Devine said their separation stemmed from “a number of” strategic disagreements during the 2016 campaign. While Sanders was no longer in touch with Devine, a source said that both Mulvey and Longabaugh have remained close to him through the launch of his 2020 bid.

Sanders has already brought in a new face to lead this effort. His campaign manager this time around will be Faiz Shakir, a veteran progressive operative who had been working as national director of the American Civil Liberties Unionafter serving as a longtime staffer to former Democratic Senate majority leader Harry Reid. Sanders’s 2016 campaign manager, Jeff Weaver, remains close to the Vermont senator and will be serving as a senior adviser this time around.

Yahoo News reached out to the Sanders campaign about DML’s departure and received a brief statement.

“The campaign appreciates all the good work DML has done and wishes them well,” Shakir said.

Previous Article:Amazon to offer more than 1,000 apprenticeships in Britain