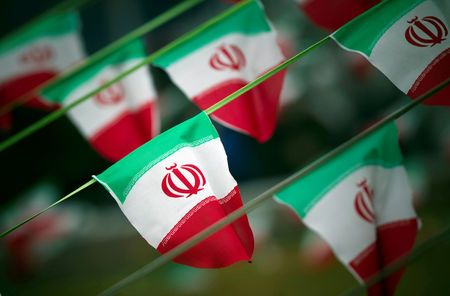 DUBAI (Reuters) - Iran has released a French citizen arrested for entering the country illegally after other charges were dropped, the state news agency IRNA reported on Sunday, days after France's foreign minister discussed her case in parliament.

On Wednesday, Foreign Minister Jean-Yves Le Drian told lawmakers France was in touch with Iran to improve the conditions of the woman arrested in October on Iran's Gulf island of Kish for allegedly signing an illegal mining contract.

"A French national who had been detained for unauthorized entry into Iran has been released in the past few days after legal proceedings took their course and other charges were dropped," Iranian Foreign Ministry spokesman Bahram Qasemi was quoted as saying by IRNA.

Qasemi did not give further details, but Le Drian said on Wednesday that the woman was held "on the grounds of having signed an illegal contract and carrying out a non-authorized trip".

Nelly Erin-Cambervelle, a 59-year-old businesswoman from Martinique, had been on Kish - a free-trade zone allowing visa-free entry for visitors from most countries - as part of her import-export business.

Details over her arrest first appeared in Martinique media last week after Patricia Gros-Desirs Dicanot, a friend and colleague, was quoted as saying that Erin-Cambervelle had been arrested for illegally buying gold after originally going to Kish to begin negotiating a minerals contract.

"The consular services have been able to meet her several times and are very concerned about her situation," Le Drian said on Wednesday. "We are in touch with the family and with the Iranian authorities to ensure that Mrs Erin's situation improves, while respecting Iranian procedures."

Relations between France and Iran have been strained over the last six months despite the two sides committing to upholding a 2015 nuclear deal, after the United States withdrew from the accord.

Paris suspended nominating a new ambassador to Iran last year after an alleged bomb plot by Iranian intelligence and had not responded to Tehran's nominations for the top diplomatic post in France. Iran has denied involvement in any plot.

Next Article:Amazon to offer more than 1,000 apprenticeships in Britain