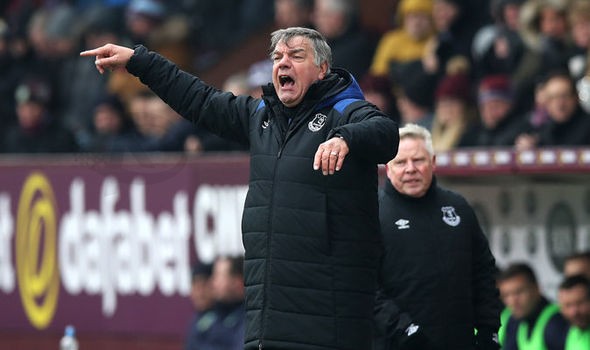 Allardyce faced calls for his sacking from the visiting support as his team lost their heads en route to a sixth successive away defeat on Saturday.

Captain Ashley Williams’ deserved red card for swinging an elbow at Ashley Barnes came after sloppy defending had allowed Burnley to come from a goal down to win.

Allardyce believed he had the answers to Everton’s troubles after Ronald Koeman was sacked in October, appearing as a pundit on television to Qatar to talk about getting “back to basics” and putting the emphasis on discipline, clean sheets and positive results.

He got none of those things at Turf Moor, despite Cenk Tosun’s first-half header – his first goal since arriving from Besiktas for £27m in January – putting them on course for a rare away win.

Michael Keane, signed from Burnley for £30m last July, was caught flat-footed as Barnes raced on to Matt Lowton’s fine pass to equalise, and was then outjumped by Chris Wood for the winner.

Next Article:Focus is on quality economic growth