Focus is on quality economic growth 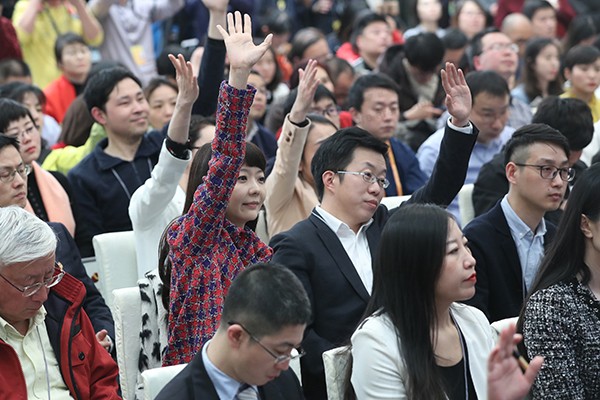 Restructuring and risk prevention are considered crucial to stability

China will focus on a high-quality economic growth model, discarding the previous overarching emphasis on speed, by further deepening restructuring reforms and preventing systemic risks, a spokesman said on Friday.

The national political advisers believe that sound and stable economic growth will continue in 2018, supported by supply-side structural reform, Wang Guoqing, the spokesman of the first session of the 13th National Committee of the Chinese People's Political Consultative Conference, said at a news conference.

Other major tasks to ensure the growth model transformation include developing the real economy, preventing systemic risks and improving people's livelihood, he said.

In 2017, China showed an "encouraging" annual economic report, with total GDP of more than 82 trillion yuan ($12.9 trillion), equal to the combined GDPs of the world's fifth to tenth largest economies, Wang said.

The year-on-year economic growth rate of 6.9 percent last year also was remarkable among the world's major economies, he added.

The next stage of supply-side reform is expected to include continually cutting capacity and production in heavy industry, which is in part to reduce pollution, according to a research note by Louis Kuijs, head of the Asia Economics department at Oxford Economics.

SOE reform is in accordance with legal norms and market discipline, he said, and restructured companies saw their total assets rise by 59 percent and profits rise by 42 percent compared with five years ago.

"China already is seeing a batch of world-class companies arise on the horizon," said Wang.

Experts predict that the government will make efforts to improve profitability and close down "zombie enterprises", leading to capacity consolidation, closures and mergers and acquisitions among SOEs.

"We think that the call for more emphasis on quality and equality as opposed to quantity will be reflected in the emphasis on encouraging innovation, Made in China 2025 and moving up the value chain," Kuijs said.

Economists and analysts also expect more reform measures to be disclosed during the National People's Congress, set to start on Monday, when the government will present its key economic policy directions and targets for 2018.

Next Article:UnionPay opens up the world for tourists