Where Did All the Advertising Jobs Go? 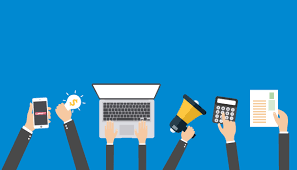 They are everywhere. Singing jingles in living rooms. Lining phone screens. Inhabiting the voices of podcast hosts. Looming like Dr. T.J. Eckleburg from highway billboards. They are ads.

But while the work of stealing attention might seem infinitely employable, something strange is happening behind the scenes of America’s most inescapable industry. For the first time on record, the number of advertising-specific jobs in the U.S. is declining in the middle of an economic expansion, according to government data.

Anyone following the slow-motion meltdown in the media industry in the last year might expect that advertising is suffering a similar downturn. But it’s a far more complicated story than that. For the last three decades—as far back as the relevant Bureau of Labor Statistics dataset goes—advertising jobs have grown in line with the economy. Today, however, a variety of traditional advertising jobs appear to be in recession mode. The number of jobs at ad agencies fell by about 5,000 last year, on net, while employment in media-buying agencies—firms that tend to focus on advertising strategy rather than designing or filming commercials—hasn’t grown since 2013.

What’s going on? It’s certainly not a case of fewer advertisements. The typical American has gone from seeing about 500 ads each day in the 1970s to about 5,000 today, according to a common industry statistic (and some more-recent estimates are much higher). That is one corporate message for roughly every 10 seconds of waking life.

Instead, the mysterious decline can be explained by two developments, most prominently technology’s invasion of the ad sector and the phenomenon of more corporations trying to emulate outside media companies in-house, which leaves less work for traditional ad firms.

First, there are Facebook and Google. They are the largest advertising companies in the world—and, quite likely, the largest in the history of the world. Last year, 90 percent of the growth of the digital-advertising business went to just these two firms. Facebook and Google are so profitable because they use their enormous scale and data to deliver targeted advertising at a low cost. This has forced the world’s large advertising firms to preserve their profitability through a series of mergers, accompanied by jobs cuts in the name of efficiency.

The emergence of an advertising duopoly has coincided with the rise of “programmatic advertising,” a torpid term that essentially means “companies using algorithms to buy and place ads in those little boxes all over the internet.” As any Mad Men fan might intuit, advertising has long been a relationship-driven business, in which multimillion-dollar contracts are hammered out over one-on-one meetings, countless lunches, and even more-countless drinks. With programmatic technology, however, companies can buy access to specific audiences across several publishing platforms at once, bypassing the work of building relationships with each one. That process produces more ads and requires fewer people—or, at least, fewer traditional advertising jobs and more technical jobs.

The old story about programmatic advertising was that both marketers and digital publishers—think AOL, or any news site—embraced the technology, as it allowed companies to cheaply target specific audiences on a budget. But the new reality is that programmatic advertising has placed many advertisements in controversial places, next to low-quality news sources or outright offensive content. Between 2016 and 2017, a survey by the Association of National Advertisers found that a third of marketers cut back on media agencies running programmatic ad campaigns. Instead, brands brought those operations in-house, where they have more control over where their ads run and much more information about who actually sees them. The upshot: Programmatic ads have been a double blow to media agencies, first automating their function and then encouraging companies to insource the work.

Second, there is the merging of the advertising and entertainment businesses. As smartphone screens have edged out TV as the most important real estate for media, companies have invested more in “branded content”—corporate-sponsored media, such as an article or video, that resembles traditional entertainment more than it does traditional advertising. Some of the most prominent names in journalism, such as The New York Times, BuzzFeed, Vice, and The Atlantic, are owned by companies that have launched their own branded-content shops, which operate as stand-alone divisions. As many media companies have tried to become more like advertising companies, the value of the average “creative-account win,” an ad-industry term for a new contract, has declined, falling by about 40 percent between 2016 and 2017.

So there are two major themes of the decline of advertising jobs, one that has to do with the companies that now create them and one that has to do with the way brands prefer to market themselves nowadays. In short, the future of the advertising business is being moved to technology companies managing ad networks and media companies making branded content—that is, away from the ad agencies.