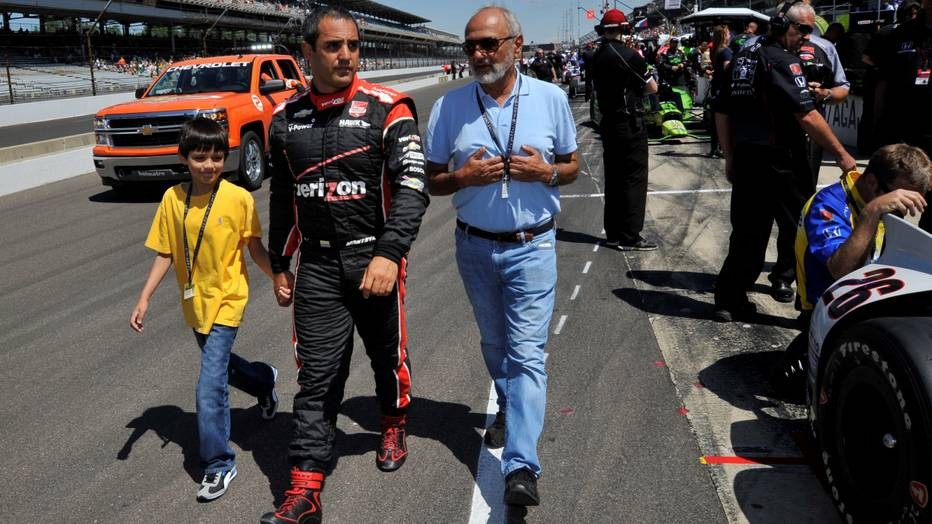 As far as motorsports goes, Juan Pablo Montoya has raced just about everything. He has won in Formula 1, IndyCar and NASCAR. And with the all the smug confidence a racer needs to succeed, in his world it has always been about him.

Those times are a changing however.

As he prepares to compete in the IMSA series fulltime in 2018 for Team Penske, Montoya finds himself preparing something else as well.

Montoya’s son Sebastian has started the first steps into auto racing. The 12-year old raced during kart week at Daytona recently, and Montoya was right there by his side.

“I think it’s very exciting, and he’s getting there,” Montoya said Friday at Daytona as IMSA teams tested for the upcoming Rolex 24.

Montoya made no secret of the challenges his son faces as he grows into racing.

“His toughest challenge at his age; is dad is an idiot,” Montoya joked. “He’s always a hero when you’re really young, but as you get older, the parent starts getting dumber and dumber.”

“It’s true!” he added after the laughter died down.  “No really, we had a really good conversation with him about it; I said ‘look I can have myself teach you, or I can hire somebody who never made it, I mean doing another job because he never made it, to teach him. It’s up to you’. And he understood the message, and we work rally well together.”

“I mean he had a choice,” Montoya said nonchalantly. “I mean the truth is any one of the coach drivers are guys that you know, have talent, and never made it.  So, you can have that, or you can have something even better.”

His son, who sat in the media center not far from his famous father, never looked up from the video game he was playing on his smart phone. He simply smiled when dad finished, knowing perhaps that he has made the right choice and has a bright future in racing ahead.

Previous Article:Autoweek Racing report card: Our picks for the best and worst of F1 2017

Next Article:SCALE IS KILLING ADVERTISING