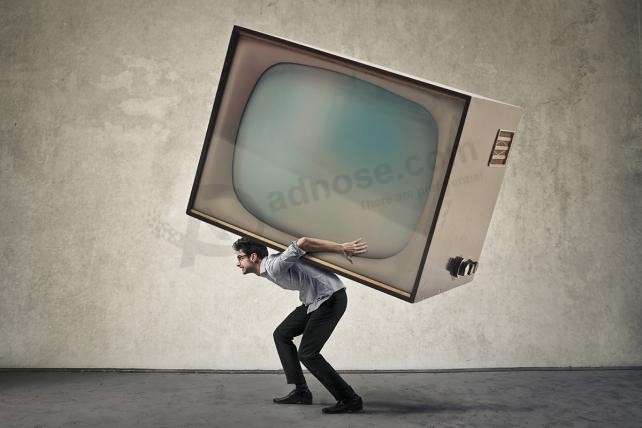 Advertisers and agencies used to strive for creativity.

Within the confines of a 30 second TV or radio commercial or a print ad, we looked for the most creative ways to encourage the consumer to buy our clients' products and services.

But today—in digital marketing, in particular—marketers have a new goal: scale.

As we move away from the mass-media advertising opportunities of yesteryear, when a marketer could count on reaching most 18-to-54 year olds during prime time TV, we still seek out the comfort of those ratings.

For any marketer, there are more efficient ways of achieving scale than by paying an ad agency retainer.

That's why we in the advertising community need to return to our creative roots and find new and engaging ways to encourage consumers to buy our clients' products and services.

1. When is the last time you challenged your team to do something that no one had done before? Take Apple's "Get a Mac," "1984" and "Here's to the Crazy Ones," Nike's "Just do it," VW's "Think Small" or Absolut Vodka's iconic bottle print ads. These campaigns broke through over the years because they marketed products differently.

There was no client brief or account manager's email that could have told the creative team to highlight VW's small size, Absolut's bottle or Apple's individuality. It took one person or team's creativity -- and their boss's and client's guts -- to take a chance to bring these campaign to life.

2. When is the last time you invested a million dollars in a different platform or solution? We all have a tendency to stick with what we know works. It's faster and easier than trying something new. As the saying goes, no one ever got fired for buying IBM. But there aren't that many products one can buy from IBM today, and we as an industry need to be more willing be creative and try new (or new-ish) things.

And I'm not talking about a $10,000 test budget but a full-fledged, seven-figure, cross-platform campaign.

I'm pretty certain that those on the receiving end of your large budget will be quite accommodating in meeting, if not exceeding, some of your KPI requests.

3. When was the last time you did something because it's the right thing to do, and not because it enabled achieving a KPI? We all have KPIs. Even CEOs need to meet the KPIs of their investors (and employees).

But sometimes, we need to look beyond the KPIs to do something because it's the right thing to do.

Today, Netflix is one of the most famous and watched video content providers. But until 2007, the company was a DVD-by-mail provider. Changing distribution models and becoming a content creator wasn't anyone's KPI, but it was the right thing to do (and without it, Netflix would have joined early rival Blockbuster Video in bankruptcy).

The consolidation trend in digital marketing has been happening for several years now, and there have been benefits. It's faster and easier to buy from three solution providers than from seven. But how many of you will still have jobs in advertising in three years if this consolidation continues?

We're more likely to show our value to our clients and partners by working with 17 solutions and being open to new ones.

We need to return to the spirit and creativity of the Mad Men and Women who made modern advertising what it was in the '60s and '70s, pushing the boundaries on new media. We will never return to the scale of reaching a high percentage of households via prime time TV, but that's OK because we have a lot of exciting new technologies to play with.

So let's move beyond scale and embrace the technology and creativity to make advertising new, exciting and effective again.