Autoweek Racing report card: Our picks for the best and worst of F1 2017 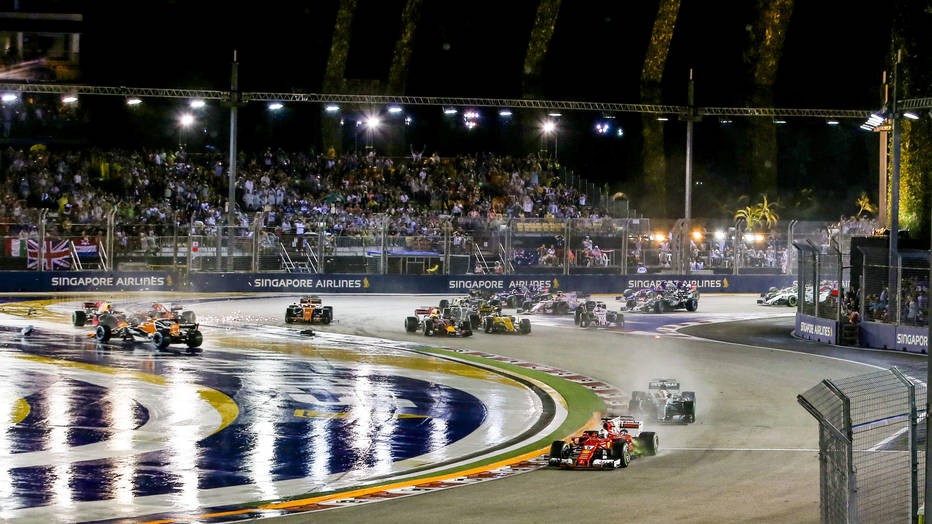 Autoweek Racing is ringing in the New Year with a look back at the best and worst of the 2017 season. Check back all week as Formula 1, NASCAR and IndyCar all get report cards to determine the most memorable moments of the most recent season.

Without further ado, here is what Formula 1 provided the racing community in 2017.

Best Race: Select the best overall race of the year

Sam Hall: Azerbaijan by a country mile. Debuting on the calendar in 2016, the track looked like a real handful, but the race itself had failed to live up to the hype. This was more than compensated for in 2017. Where to begin, really?

Lewis Hamilton took pole position as we came to expect throughout 2017, but that was the only part of the weekend to follow any of the traditional script.

Engine failures, crashes, Sebastian Vettel losing his cool and deliberately colliding with Hamilton behind the safety car, Vettel’s subsequent penalty being negated by Hamilton’s headrest coming loose meaning he too would need to pit again, Daniel Ricciardo taking advantage to top the podium after an incredible turn one lunge on a safety car restart, Valtteri Bottas’ dramatic last-gasp rush to snatch second place -- I could continue.

Matt Weaver: Azerbaijan for all the reasons Sam outlined above. I thought the inaugural Azerbaijan Grand Prix was full of promise and was looking forward to what a second offering would produce this past June. I’m a fan of Hermann Tilke drawn circuits and street courses in general, and the Baku City Circuit delivers.

Worst Race: Which race from 2017 was the ultimate snoozer?

Sam Hall: This has got to be the Russian Grand Prix. Before the season got underway, there were concerns that overtaking may come at a premium in 2017, and after the opener in Australia -- itself an underwhelming event -- it became clear that there was a real problem.

Having then been spoiled with two absolutely incredible Grands Prix in China and Bahrain, fans were prepared for more of the same in Russia. What a letdown that was!

Fernando Alonso retired on the parade lap, Romain Grosjean and Jolyon Palmer collided at turn 1 and then nothing until the flag where Bottas collected his maiden Grand Prix victory. After the lap 1 safety car caused by Grosjean and Palmer, not one single on-track pass was made.

I feel for those who had to edit a television highlights package as there was nothing to get excited about and no tension as the field spread out and circulated in a processional manner, like slot cars on parade.

Matt Weaver: Again, I’m a fan of Hermann Tilke, but the Sochi Autodrom just doesn’t produce, especially with the current rules package. This year was especially tough to watch because there wasn’t a single on-track overtake following the lap 1 crash and safety car. Here’s to hoping changes come to the circuit soon because this track isn’t working for even the most die-hard of Formula 1 die-hards.

FORMULA 1 Opinion: If the product is good, who cares what the F1 logo looks like?

The new Formula 1 logo was revealed during the Abu Dhabi Grand Prix podium celebrations, and it has been met with a largely negative response.But what's all the fuss?Let's get straight to it ...

Best Finish: Regardless of the overall race, select the best finish of the year

Sam Hall: Once again, I have to praise the Azerbaijan Grand Prix. Ricciardo’s maneuver for the win was a moment of sheer perfection, but it was the battle for second place that captured my imagination as Bottas hunted down the Williams of Lance Stroll -- the Canadian delivering his best weekend of the season.

Bottas was closing in on Stroll at a rate of knots, but when rounding the final proper corner of the circuit, it looked as though Stroll had second place in the bag.

However, no one gave Bottas the memo, and he used his Drag Reduction System to clinch second just inches before the line, beating Stroll by just +0.105. Stroll became the only non-Mercedes, Red Bull or Ferrari driver to stand on the podium all season, and his gritty underdog performance showcased his true potential.

Matt Weaver: It’s admittedly redundant, but how can you not select the finish to the Azerbaijan Grand Prix again? For non-F1 fans, you have to Google the Bottas versus Stroll battle for second. This race was hardly a runaway and the podium was tightly contested. Both Bottas and Stroll proved something to the F1 community on that afternoon and gave fans a memory that wouldn’t soon forget.

Biggest Story: Select the No. 1 overall news story of the season

Sam Hall: Hamilton the record breaker. For me, this was a toss-up between Hamilton, the seemingly endless McLaren engine saga or Alonso’s Indy 500 attempt but, when someone rewrites the history books in the way that Hamilton did in 2017, you have to stand up and applaud.

To his name are the records for most pole positions (72), most podium finishes in a season (17, shared with Vettel and Michael Schumacher), most career points, most consecutive starts (208), most races for a single engine manufacturer (208), most wins in a first championship season (four in 2007, shared with Jacques Villeneuve), and he's second in a whole host of other categories, including total Grand Prix wins, behind only Schumacher.

Whether you like his off-track persona, his ability on the track is something that everyone should enjoy.

Matt Weaver: How about the increased parity at the top of the grid this season? Sure, once again, Mercedes figured it out and returned to form in the second half, but Ferrari put up a hell of a fight during the first few months of the season. Ferrari has much to be proud of with Sebastian Vettel leading the standings near the midpoint of the season. Even though the new competition package didn’t produce wildly entertaining races, the return of both Ferrari and Red Bull to elite form was something to appreciate all season long.

Next Article:IMSA: Juan Pablo Montoya glad to be mentoring next generation racer