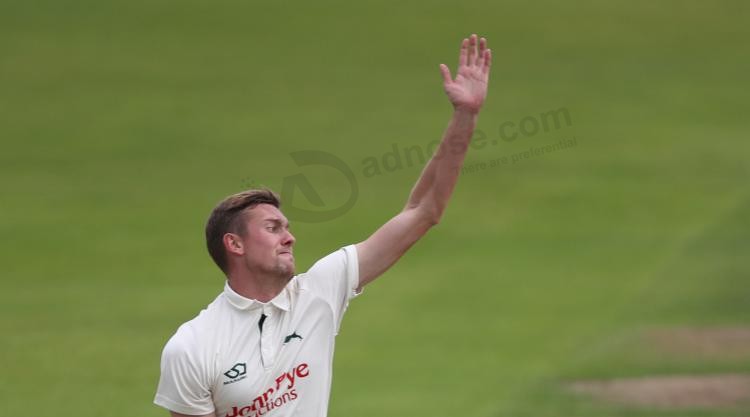 Jake Ball has told team-mates that his sprained ankle is feeling "sore" after it forced him out of England's attack.

Ball did not return after falling over in his delivery stride in his fourth over, having already taken one Cricket Australia XI wicket on day two of four in England's pink-ball trial match at the Adelaide Oval.

After the tourists finished on five for none in their second innings under lights, 65 runs to the good overall following CA's declaration on 233 for nine, Ball's fellow seamer Chris Woakes reported England are unsure as yet how bad the injury is.

Woakes said: "He didn't really know the extent of it, but just said it was quite sore.

"He said that it went underneath him."

Ball's injury to his right ankle comes just two days after another seamer, Steven Finn, had to fly home from the Ashes for a possible operation on torn cartilage in his left knee.

Woakes admits Finn's absence for the entire campaign is a "big loss", but insists England will be able to cope with the attack - led by James Anderson and Stuart Broad - which is left behind.

"We've got a good unit in the dressing-room who are willing to put in the hard yards.

"I think we can all cause some problems out here with what we've got."

Ball had been quickly into his stride on tour so far, in the first warm-up match in Perth and here.

Woakes added: "He's been bowling nicely on this trip so far, so when you see a fellow fast bowler go off the field - particularly the way he did it, falling under himself - it's quite frustrating for him and us as a team.

"It's never nice to see one of the fast guys go off injured . particularly mid-game, and losing Finny to go home is really sad for him, with such a big series coming up.

"That's unfortunate, and he's obviously a big loss, an international bowler with a lot of experience for us.

"But we have to deal with it . and you obviously have to step up as a bowler."

Woakes, whose home summer was interrupted by a side injury, shaped well for his two wickets.

"It's the first experience for me with the pink ball in a game situation," he said.

"It's exciting cricket, a bit different. (Day-nighters) always seem to bring up good games of cricket, so I'm all for it."

He believes this fixture, at the venue where England will again play under lights in the second Test next month, is sure to prove beneficial.

" It's important we get as much experience of this as possible, as much knowledge as possible, and a work-out like that today for us as bowlers has been really good."

England's currently depleted resources, meanwhile, were illustrated when 41-year-old fielding coach Paul Collingwood was pressed into substitute duties for an over in the middle session.

"I wasn't surprised (he came on)," said Woakes.

"Someone on the commentary said it was Mase's (leg-spinner Mason Crane's) dad on the field.

"(But) the fact he's still fit as a fiddle, still playing back home, I'm sure he could take any of us on in a fitness challenge as well."

Previous Article:Talking Points Ahead Of Wales' Game With Australia