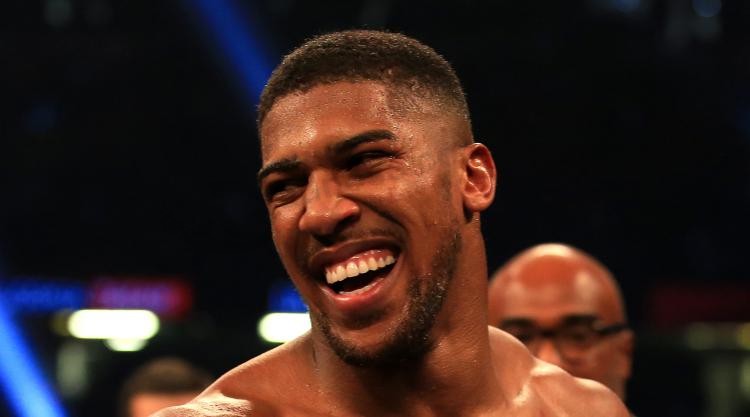 Anthony Joshua's hopes of challenging for another world heavyweight title moved a step closer after his promoter Eddie Hearn insisted a bout with Deontay Wilder "must get made in 2018".

Joshua is seemingly itching to add to his WBA and IBF crowns as he called out WBC champion Wilder, as well as WBO titlist Joseph Parker and British rival Tyson Fury, on social media on Thursday.

A showdown with American Wilder would generate interest on both sides of the Atlantic, with both fighters winning medals at the Olympics and holding a combined 59-0 professional record, with 58 stoppages.

Hearn revealed he has held talks with Wilder's team and that one aspect everyone agrees on is to schedule the fight for next year.

"It's very early days but there's a desire from both teams to make this fight happen," Hearn told Sky Sports. "I think we're all optimistic, it was positive and now we move forward

"I think there's a willingness from both camps to do it next, we also talked about doing it the one after in the summer or even waiting until the summer to do the fight.

Joshua, who retained his world titles with a 10th round stoppage of Carlos Takam last month, is apparently eager to get back in the ring as he wound up his potential future foes.

Parker was the first in the firing line as Joshua wrote on Twitter: ".@joeboxerparker Sips tea, continues to read tweets & refreshes email Still No Offer."

Wilder was next on Joshua's hitlist, with the Watford-born fighter posting a YouTube video of a lengthy interview during which he urged the American to set up a title fight between the two.

His message towards Fury, who has made no secret of his weight issues since last fighting in November 2015, was particularly scathing as he wrote: "@Tyson_Fury get fit you fat f***."

A number of issues have conspired to keep Fury out of the ring in the last two years although - given he is unbeaten and was the most recent lineal heavyweight champion - a contest with Joshua has been mooted in recent months.

Joshua's barb did not go unnoticed by Fury, who labelled the 28-year-old a "bum" in an Instagram video and further fanned the flames by mocking him for his performance against Takam.

He also warned Joshua he does not need to get in shape to win a fight between the pair.

Fury said: "This is a message to the weightlifter: big Anthony Joshua, the big, tough man. He told me to get fit and (called me) a fat f***.

"I see what you're about: you just fought a midget the other day in a hard fight and the referee had to stop it in case you got caught or beat.

"(You're) useless, no gas, no stamina, too many weights. You want to practise on a bit more speed and a bit less power. Bum!"

Next Article:Briton Russell To Drive For Force India In Opening Practice At Brazilian GP