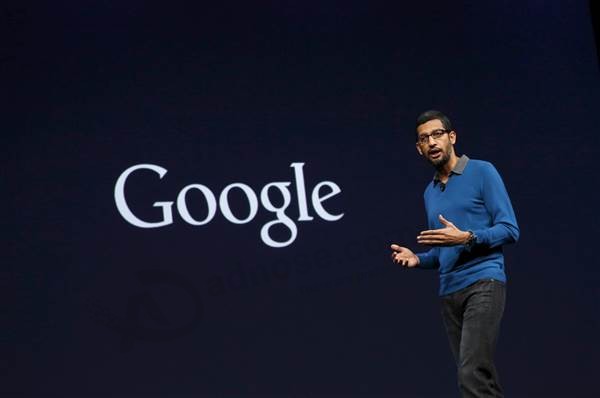 Google CEO Sundar Pichai canceled a town hall event about diversity shortly before it was to begin on Thursday, after he said some employees expressed concerns for their safety.

"Googlers are writing in, concerned about their safety and worried they may be 'outed' publicly for asking a question in the Town Hall," Pichai wrote in an email. "In recognition of Googlers' concerns, we need to step back and create a better set of conditions for us to have the discussion."

News of the cancelation was first reported by Recode.

Some Google employees were said to have been named personally on social media and various websites, prompting concern about whether they could candidly ask questions at the town hall.

Pichai had cut his vacation short for the town hall, where he planned to bring together employees to discuss the tensions ignited by a memo circulated inside the company that claimed to explain why more women are not engineers.

Instead of the company-wide format, Google will now hold several smaller forums "to gather and engage with Googlers, where people can feel comfortable to speak freely," Pichai wrote.

"We’ll find a better way to help our employees connect and discuss these important issues further," a Google representative said in a statement.

Earlier this week, Pichai told employees in an email that it's been a "difficult" few days for many people at Google and said he's committed to finding a way "to debate issues on which we might disagree — while doing so in line with our Code of Conduct."

"I'd encourage each of you to make an effort over the coming days to reach out to those who might have different perspectives from your own," he said. "I will be doing the same."

Related: ‘Google Manifesto’ Firing Highlights What You Can and Can’t Say at Work

The Guardian reported this week that as many as 60 women are considering filing a class action lawsuit against Google, alleging sexism and wage disparity.

Google is currently under investigation by the U.S. Department of Labor over claims it did not fairly pay some female employees. The allegations stem from a January lawsuit in which the Department of Labor asked Google to hand over compensation data.

In an April blog post, Eileen Naughton, vice president of people operations at Google, wrote the company was "quite surprised" at the allegations and that they came "without any supporting data or methodology."

Google may also potentially face a legal challenge from James Damore, the engineer who wrote the memo, and who was fired on Monday.

Damore told NBC News he was "wrongfully terminated" for "perpetuating gender stereotypes" and said he believed his firing was "for political reasons."

"The culture is very left-leaning and just intolerant of anyone that holds a differing opinion," he said in an interview over Skype.

He added: "I'm not just attacking diversity, I'm just attacking the fact that we can't honestly discuss any of these issues and that is actually hurting the problem."

While the consensus within Google is that some portions of the memo are acceptable to discuss and are protected speech, portions of it violated Google's code of conduct and crossed the line by advancing gender stereotypes in the workplace.

"To suggest a group of our colleagues have traits that make them less biologically suited to that work is offensive and not OK," Pichai wrote.