US consumer prices inch up in July 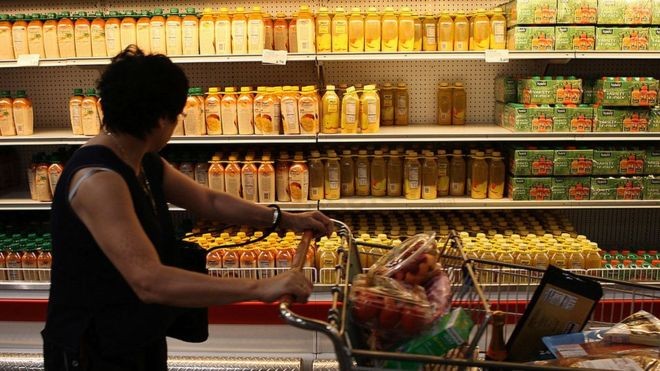 Prices in the US rose by less than expected last month, as inflation in the economy remained tame.

The Labor Department's Consumer Price Index (CPI) inched up 0.1% last month, only a slight improvement on a stagnant June figure.

Economists polled by Reuters had expected a 0.2% month-on-month increase.

The dollar fell on the inflation data, as markets felt it made the prospects of further rate rises less likely.

Rising medical care costs, housing and food pulled the CPI up in July, after no change in June and May's 0.1% dip.

Prices for meat had their largest one-month gain in almost three years, adding 1%. Prescription drug prices rose 1.3% in July after increasing 1% in the prior month.

The US Federal Reserve has a 2% inflation target for the world's largest economy, although the measure that it tracks is currently at 1.5%.

The Fed has raised interest rates twice this year, and there is speculation that the bank will lift rates again before the end of 2017.