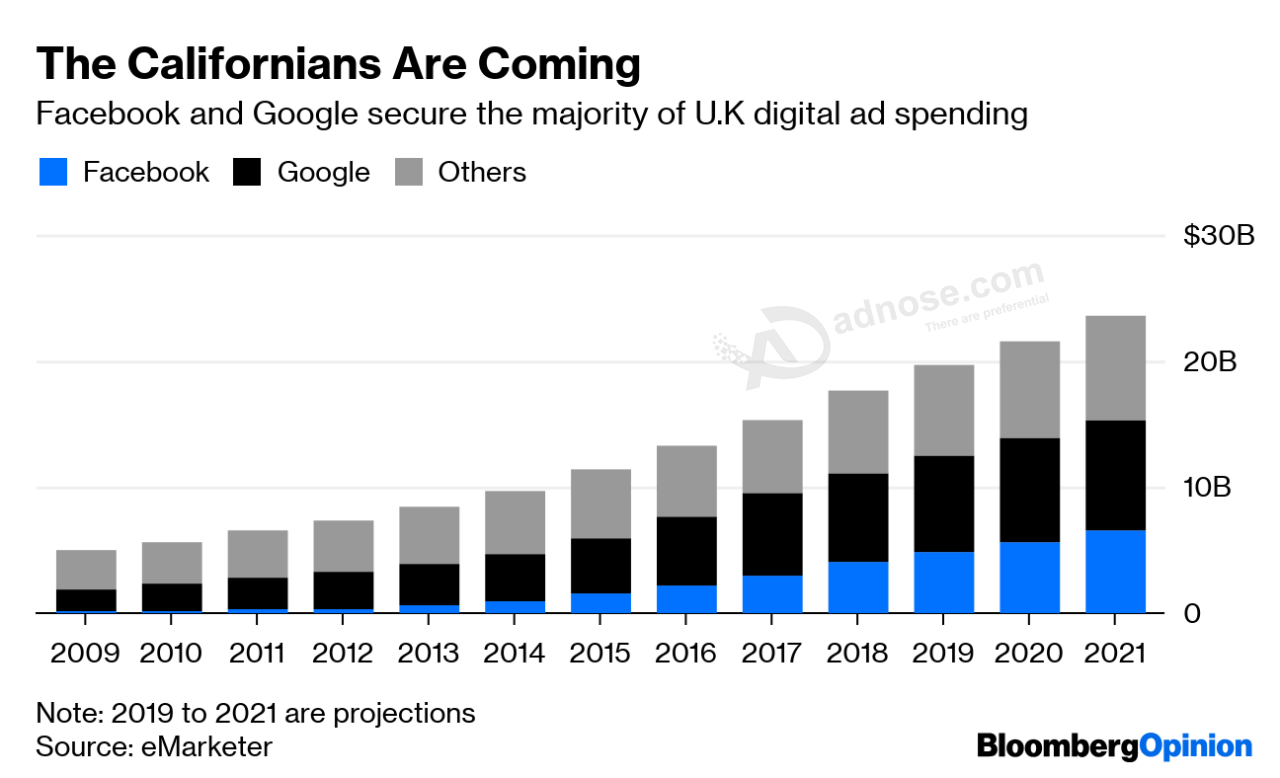 U.K. lawmakers investigating disinformation and fake news published their findings on Monday. Among the select committee’s recommendations was the insistence that the Competition and Markets Authority, Britain’s antitrust authority, conduct a “deep audit of the advertising market on social media.” A governmental review into the sustainability of the news industry made a similar suggestion last week.

There’s no doubt that the CMA is the correct body to handle this. The question is whether it’s capable of doing so. Britain’s divorce from the European Union could seriously impair its capacity to rein in the giants of U.S. tech.

For all the concerns over the flow of fake news, the widespread gathering of data from both users and non-users, the slapdash approach to handling that information and broader concerns about the impact on society, culture and mental health, it’s easy to overlook that everything at Facebook and Google comes down to one thing: programmatic advertising.

That’s the process by which brands bid against each other in real time to find the most appropriate audience for their digital ads, and it accounts for 99 percent of revenue at Facebook and 85 percent at Google. The edge held by the two Silicon Valley firms lies in part in their control of so much “deterministic” data. This gives an advertiser absolute certainty about who is looking at any given ad, such as when you’re signed into Facebook or are browsing the web while logged into Google Chrome with your Gmail account.

Much of the rest of the advertising universe has to lean more heavily on probabilistic data. This offers a good sense of who is viewing an ad based on income, location or age group, but falls short of providing the same certainty as deterministic data.

Advertising companies are rewarded if they can target ads with greater precision, because this lets them charge brands more. The likes of Facebook and Google are miles ahead on this score, probably because their bigger user base gives them more deterministic data. That’s why evaluating the advertising industry is the best approach to dealing with the many complaints lawmakers and citizens have raised about the reach of Silicon Valley.

The CMA could be in a better position to tackle this issue than its European counterparts. It has a broader remit than, for instance, its German equivalent, the Bundeskartellamt. In a ruling earlier this month that body restricted the data that Facebook can gather, and it was criticized for overreaching its antitrust mandate. The CMA, however, also has responsibility for protecting consumers, not just maintaining competition.

But if the U.K. does indeed leave the European Union on March 29, particularly without a deal, then the London-based regulator will most likely be swamped by a deluge of merger cases which are currently handled at the EU level. This would seriously reduce its capacity to handle other responsibilities. It has admitted as much(2).

The huge increase in workload isn’t the only issue. The CMA legally has to prioritize merger cases, so it will really struggle to find the resources to assess the digital advertising market, and in particular whether Facebook and Google exert too much control over it.

The U.K.’s latest inquiries have left the issue of how to regulate the likes of Facebook on the doorstep of the CMA, but its ability to take the lead looks limited. Its mandate will be reviewed in April and perhaps the government will give it more resources. For now, it looks like Brexit means Facebook will be breathing more easily in Britain.

(1) “If the UK were to leave the EU without a deal, the CMA would take on a great deal of new, complex work from March 2019. It would be obliged by statute to investigate all qualifying mergers and State aid cases. Discretion to carry out other work, such as market studies and further enforcement, would narrow considerably, and it will need to take tough decisions on priorities, at pace, to be flexible to new circumstances.”Competition and Markets Authority Chairman Andrew Tyrie and Chief Executive Officer Andrea Coscelli, December 2018

Next Article:As concerns grow about faltering U.S. support for UAE, China steps in to fill the void