If Trump wants to take a shot at Amazon, there's a potential billion-dollar deal staring him ri 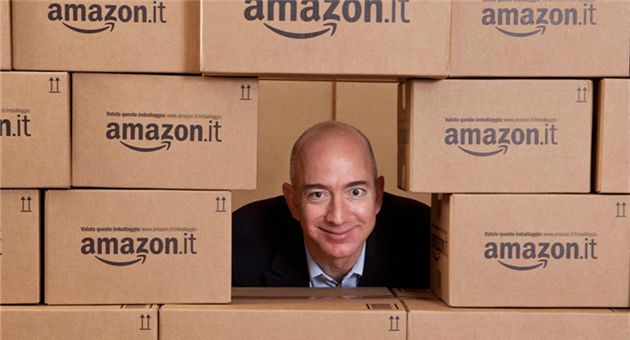 President Donald Trump appears to be gunning for a fight with Amazon— and he may have the chance to strike a serious blow in the very near future.

Within the next few weeks, the Defense Department will submit to Congress its request for proposals on what could be a $10 billion, 10-year contract to provide the military with cloud services, as the Pentagon is moving to migrate its data onto a cloud.

Heather Babb, a Pentagon spokeswoman, told Business Insider that the competition would be "full and open" to land the high-profile and well-compensated government contract. Many insiders believe that Amazon, through its Amazon Web Services platform, has the inside track at winning the bid.

Amazon did not respond to Business Insider's request for comment on whether it planned to pursue the contract. But Amazon has nonetheless drawn some backlash from competitors and lawmakers who think it has an unfair advantage or that it is unwise for the Pentagon to select just one vendor.

The internet giant holds the largest cloud-infrastructure market share, Bloomberg reported. Amazon's status as the perceived frontrunner for the contract has been largely cemented by its $600 million deal with the CIA in 2013, showing that it can manage and secure sensitive information and providing the company a leg up on obtaining top-level security credentials, the report said.

A controversial deal worth billions

Draft requirements released by the Pentagon for the project — called the Joint Enterprise Defense Infrastructure Cloud initiative, or JEDI — say that bidders must be able to obtain those security credentials within nine months of winning the contract. As of now, Amazon Web Services is the only potential vendor that meets that requirement.

In addition, the Pentagon recently agreed to a deal worth up to $65 million with a company that partners with Amazon Web Services to provide cloud services to the US Transportation Command.

That deal was initially supposed to be worth up to $1 billion, but the Pentagon slashed the total after facing criticism about how it awarded the contract, The Washington Post reported.

Critics said the Pentagon showed "favoritism" toward the Amazon Web Services partner, according to The Post, which is owned by Amazon CEO Jeff Bezos.

JEDI came in the crosshairs of lawmakers in this month's omnibus spending bill. Representatives on the House Appropriations Committee, which wrote the legislation, expressed concern about the contract going to a single company, something the Pentagon favors.

The committee requested a report to both congressional armed-services committees within 60 days of the spending bill's passage to explain why a single-award strategy was best. Lawmakers wanted to know the Pentagon's exit strategy should such an arrangement backfire.

The Pentagon had 45 days from the spending bill's passage to provide the committees with their request for proposals for the JEDI program, along with spending requests for 2018 and 2019.

Jennifer Hing, a spokeswoman for the House Appropriations Committee, said it had "concerns about any contract that limits commercial competition by locking the department into 10-year contracts with no exit strategy."

Next Article:Advertisement nothing more than an attack