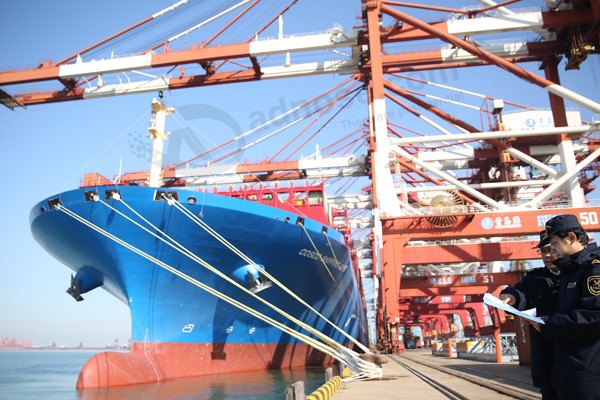 The conditions are right for China "to maintain sound economic growth this year" despite complicated domestic and international financial situations, an official at the National Bureau of Statistics said on Wednesday.

Sheng Laiyun, the bureau's chief statistician, said after a communique summarizing the country's economic and social development last year was released that it focused on economic fundamentals and China's contribution to world economic growth.

About 30 percent of world economic growth in 2017 came from China, and its economy remained an important growth driver for the steady global economic recovery, Sheng said.

Also on Wednesday, the NBS released China's manufacturing purchasing managers index for February, which fell a point from January to 50.3. The indicator is a gauge of factories' production expectations.

A reading above 50 indicates expansion while one below that mark points to contraction in manufacturing.

The reading marked a slowdown for the third consecutive month. It was the lowest reading since August 2016.

The easing of PMI was mainly caused by reduced factory activities during the weeklong Spring Festival holiday, NBS official Zhao Qinghe said in a statement.

"Historical data show that PMI, in most cases, have (downward) adjustments in the month in which Spring Festival falls," Zhao said. "The easing of PMI in February is a normal change."

Zhang Liqun, an economist at the State Council's Development Research Center, said, "The stable economic growth trend has not changed."

Regarding China's achievements to global economic growth, the World Bank said China contributed 34 percent from 2012 to 2016, more than the United States, the European Union and Japan combined.

China's year-on-year GDP growth was 6.9 percent in 2017 and consumption contributed to 58.8 percent of the growth, the communique said. The country's GDP scale reached $12 trillion, accounting for 15 percent of the world's total. It increased by $1.2 trillion in 2017, equivalent to the total GDP of Australia, Sheng said.

"The international influence (of the Chinese economy) has significantly improved," Sheng said.

The job market was stable in 2017, according to the communique. China created 13.51 million jobs in urban areas in 2017, 370,000 more than the previous year, marking the fifth year that it created more than 13 million jobs, it said.

By year's end, the country's surveyed urban unemployment rate and that in 31 major cities were below 5 percent, and its urban registered unemployment rate was 3.9 percent, 0.12 percentage point lower than a year earlier. It's the lowest since 2002, Sheng said.

China's consumer inflation growth was 1.6 percent in 2017, 0.4 percentage point down from the previous year and lower than the country's whole-year inflation control target of 3 percent.

"Economic growth of 6.9 percent, unemployment of less than 5 percent, and consumer inflation of 1.6 percent－such an economic operation scenario is rare and commendable, not seen in other countries," Sheng said.

Next Article:Small, mid-sized manufacturing PMI up