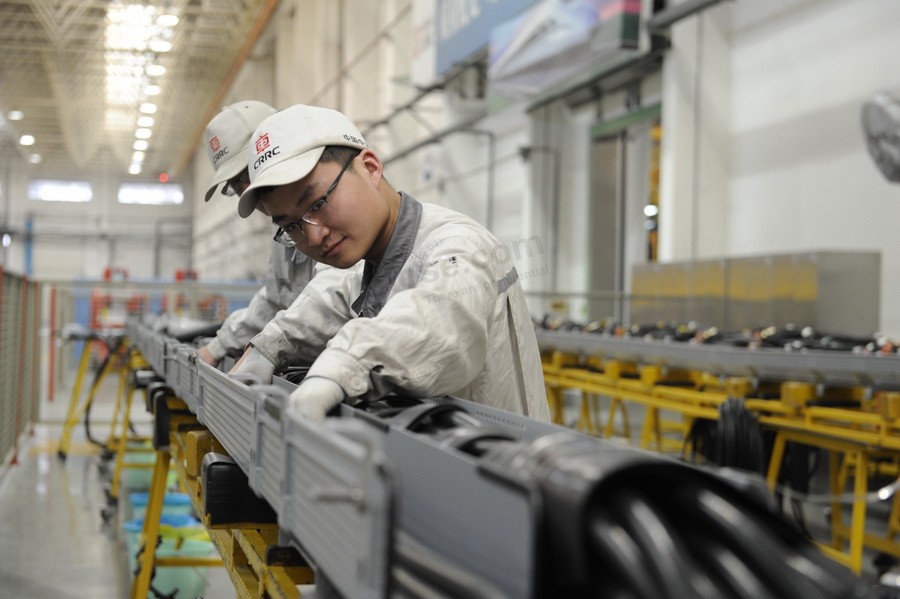 The Caixin/Markit manufacturing Purchasing Managers' Index for February came in at 51.6 thanks to factories rushing to replenish inventories to meet rising new orders. The reading was 51.5 in January.

A reading above 50 indicates expansion, while a reading below that mark signals contraction.

The Caixin/Markit survey focuses on about 400 small and mid-sized businesses in China while that released by the National Bureau of Statistics covers about 3,000 major firms. The NBS said on Wednesday that the official PMI hit a 19-month low of 50.3.

Production growth in February eased compared with January, but total new work expanded at a slightly faster rate and business confidence strengthened to its highest level for nearly a year, Caixin said in a news release.

Some indices, such as stocks of finished products and stocks of purchases, also reflect expansion of the national economy, according to Zhong Zhengsheng, director of macroeconomic analysis at CEBM Group, a subsidiary of Caixin.

"The stocks of finished products and stocks of purchases showed increases in the range that indicates economic expansion, reflecting that companies were making active preparations to start work in March," Zhong said.

"For now, the resilience of the Chinese economy will persist," he added. Looking ahead, whether demand generated from the beginning of work in March will gain steam will be a key in monitoring China's economic orientation for 2018," Zhong said.

Confidence of survey respondents to business prospects in China rose to a 11-month high as market conditions improved and new products are set to debut, according to the Caixin survey. The National Bureau of Statistics survey also found that the confidence index was on the rise in February.

China achieved a year-on-year economic growth of 6.9 percent for the whole of 2017 and some analysts said growth may edge down this year as the authorities are cracking down on high debt levels, cooling off the real estate market, strengthening financial regulation, reducing excessive production capacity and promoting environmental protection.