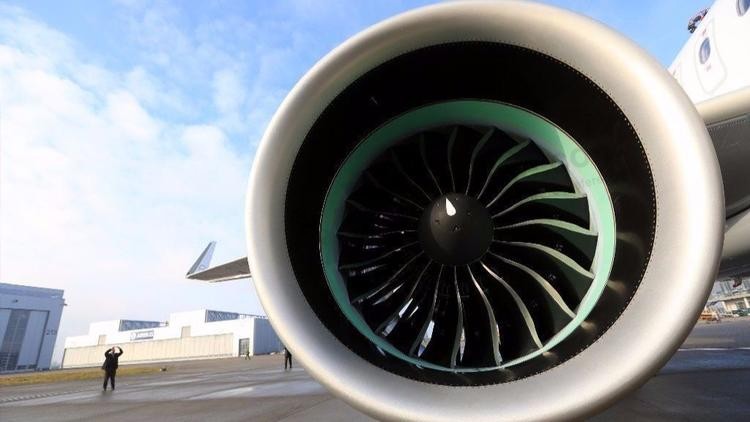 The concept of the hostile takeover wasn’t born in Hartford, but there’s an argument to be made it was perfected here.

Harry Gray, the corporate raider dubbed the "Grand Acquisitor" by Wall Street, built United Technologies Corp. into an industrial powerhouse by adding Otis and Carrier to East Hartford’s United Aircraft, bringing together the production of elevators, air conditioners and jet engines under a single corporate flag.

But the empire Gray built may soon be fracturing.

As the aerospace industry soars, UTC is considering whether to break apart, transforming itself by separating its growing jet engine and airline business from its elevator and air conditioning subsidiaries.

“I think that's the question that we all have to ask is: Is UTC a more valuable property together, or is UTC better off in three separate businesses,” said Chief Executive Officer Greg Hayes.

The possible changes outlined by Hayes at a recent meeting of investor analysts in Miami would be the most sweeping yet for the Farmington-based conglomerate that employs more than 200,000 people.

UTC is already adding significantly to its portfolio with the expected closing this summer on a $30 billion acquisition of aerospace equipment manufacturer Rockwell Collins Inc.

No alterations to UTC’s business lineup would be considered until after the Rockwell Collins deal is completed, Hayes said. But as UTC absorbs the Cedar Rapids, Iowa, company, it will invite attention to its outsized aerospace segment — and the revenue it’s expected to generate — relative to its two smaller household-name businesses: Otis Elevator and Carrier heating and cooling.

Drawing out value from the enterprise, as it is or as it might be following changes, is key to UTC’s review of its businesses.

Hayes said the three new businesses would be aerospace, which includes jet engine manufacturer Pratt & Whitney and the new Collins Aerospace Systems, with sales of about $50 billion; UTC Climate, Controls & Security, which includes Carrier heating and cooling equipment and building securities systems, at about $18 billion; and Otis Elevator Co. at $13 billion.

That adds to $81 billion, significantly less than the nearly $106 billion market value of UTC. That disparity could complicate the work of the board of directors as it reviews a potential break-up.

Analyst Jeff Sprague at Vertical Research Partners said in a note to clients he does not see a strong reason to keep UTC intact. But he also can’t determine an “overly compelling” sum-of-the-parts accounting to argue that breaking UTC apart is a “slam-dunk.”

A smaller move, such as jettisoning UTC’s fire and security businesses, would improve the portfolio, he said. But it would “be somewhat anti-climactic from an investors standpoint,” Sprague said.

Hayes cautioned that operating the businesses separately could be costlier than running UTC as a conglomerate with pooled administrative and other expenses.

By the end of the year, executives will provide “some answers in terms of what we really think” about UTC’s future, he said.

“We’re not going to hold people in suspense,” Hayes said.

Investors cheered the idea of a slimmed down UTC. Its share price jumped 3.3 percent Thursday, the day after Hayes discussed the company’s portfolio review. Share prices pulled back Friday.

The Rockwell Collins deal, which greatly expands UTC’s presence in manufacturing airline cabin equipment and generating airline data, coupled with its $18.4 billion purchase in 2012 of aerospace components manufacturer Goodrich Corp., are transforming UTC as a dominant player in aerospace.

“Greg is moving the portfolio around, getting it to where he wants,” said George Ferguson, an aerospace and airline analyst at Bloomberg Intelligence.

The manufacture and sale of elevators, heating and cooling equipment, jet engines and aerospace components under one corporate roof is “an odd construct,” he said.

Robert Pozen, a senior lecturer at the Sloan School of Management at the Massachusetts Institute of Technology, said diversification promoted by conglomerates has fallen out of favor, pressuring the overweight companies to drop a few sizes. A sharper focus is now more valued, he said.

“The rationale is that by having a more focused company, you’ll do better,” he said. “Diversification is the opposite of focus.”

Honeywell International Inc. announced in October it would spin off its Homes product portfolio and global distribution and Transportation Systems businesses.

And General Electric Co. is considering peeling off parts as it seeks to boost its weak share price and grapples with the consequences of overspending, acquisitions that fail to perform as expected and other problems.

For UTC, the business model of the 1960s and 1970s when the airline industry was dominated by U.S. and European players is no longer relevant, Ferguson said. Then, if airlines cut production or planes were out of service, UTC could count on revenue from its Otis and Carrier businesses.

“We don’t live in that world anymore,” he said.

Air travel now is rising in response to a growing middle class worldwide, including China and India, with populations in the billions. Airline traffic was up 7 percent in 2015 and nearly that much in 2016, according to UTC.

UTC has remade its portfolio over several decades, buying and selling businesses as CEOs sought to broaden the conglomerate’s presence in a particular industry or send a subsidiary to the exits if it no longer fit.

Its two oldest subsidiaries are jet engine maker Pratt & Whitney, founded in Hartford in 1925, and Otis Elevator, which began in New York City in 1853. It was acquired by UTC in 1976.

In addition to its acquisition of Goodrich Corp. and the pending deal with Rockwell-Collins, UTC sold Sikorsky to Lockheed Martin Corp. for $9 billion in 2015, saying the helicopter maker was no longer a good fit for its portfolio.

Jeff Windau, an analyst at Edward Jones, said an advantage to keeping conglomerates intact is that businesses within the larger companies have access to capital and staff resources unavailable to stand-alone firms.

“The benefit to a bigger structure is that in a down economic cycle, they can help each other,” he said.

“Big isn’t necessarily better,” said Richard Aboulafia, an aerospace and defense analyst at the Teal Group in Fairfax, Va. “The market rewards specialization so why not put your cash there?”

Hayes has discussed revamping UTC’s portfolio in previous meetings and conference calls with industry analysts. But his comments in Miami last week were his most direct yet on the subject.

With federal tax law changes enacted by Congress and President Donald Trump in December, UTC took another look at rearranging its businesses. UTC is capitalizing on a cut in the corporate tax rate to 21 percent from 35 percent, bringing $3.5 billion back to the U.S. from overseas, or $2.5 billion more than expected, Hayes said. That will help pay down debt from the Rockwell Collins purchase sooner than anticipated and provide more flexibility.

“I think it gives us options around the portfolio more quickly than what we had been thinking about six or eight months ago,” Hayes said.

Hayes previously downplayed talk of major changes in UTC. He said last September that discussions about what to do with UTC’s non-aerospace businesses is guess work. And he tempered his comments about a changed portfolio by saying UTC will need the cash flow from its array of businesses to help pay down debt from the Rockwell Collins deal.

Last May, Hayes told analysts that a “small stand-alone company without a big balance sheet” would present problems in drawing financing and investment.

“So we'll keep the portfolio together until we don't,” he said.

Next Article:Walmart learned a valuable lesson a decade ago — and it's a warning for huge companies like Ama