Devices that 'mine' for bitcoins get their start in Shenzhen 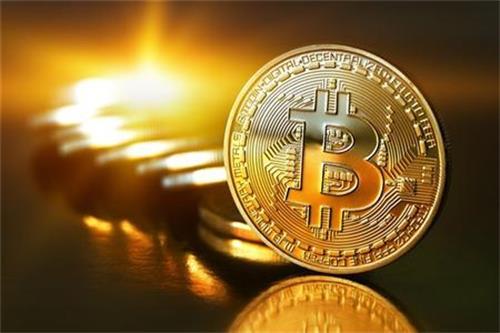 Deng Lipeng, a computer shop owner on Huaqiang North in Shenzhen, has been busy touting a new and more coveted product－cryptocurrency "miners".

"At peak hours, I need to deal with 10 groups of customers in one hour," he said.

His shop is located on the fifth floor of SEG Electronics Market, one of the biggest malls on Huaqiang North, dubbed the country's No 1 electronics street. The whole floor used to be for selling computers, but they are now pushed to the back of counters, collecting dust. In about one year, the market has emerged as one of the largest distribution centers of cryptocurrency mining machines in China.

These devices have powerful processors that network with others to process complex math calculations. A mining device is used to validate cryptocurrency transactions in a process called mining, and when they solve a calculation a mining fee is earned. Lured by a high return, many people start to build professional "mining farms", so the demand has surged.

Deng said his 20-square-meter store sells about 500 miners a month－twice the number of computers sold. His clients always pay upfront, usually in cash, as the supply can't meet demand. About half of his clients are from Russia, South Korea, Thailand and Europe.

The bonanza is driven by the skyrocketing value of bitcoins, which increased by about 20 times in 2017.

"About 90 percent of miners in the world come from Shenzhen, especially Huaqiang North," said Zheng Huajiang, who used to run a mining farm in Sichuan province and now is an investor in a miner factory in Shenzhen.

A buyer from the Netherlands, who gave his name only as Simon, said he and his friends plan to build a mining farm in their hometown, so they come to Huaqiang North to do market research and buy some devices. He said miner prices in Europe are at least 10,000 yuan ($1,580) higher than those at Huaqiang North.

However, Deng said he is concerned that someday it would be forbidden to sell miners in China, given that the government has toughened regulations over digital cryptocurrency to rein in financial risks. So he and other sellers in the market keep old banners and products in case they have to go back to their previous businesses.

Although China's top financial regulator has not directly banned producing or trading mining machines, it is likely that regulations may be tightened, considering that their rollercoaster price fluctuations may lead to asset bubbles and threaten financial stability, analysts said.

"It is necessary for China to increase coordination with other central banks to prevent potential financial risks emerging from illegal trading of cryptocurrencies," said Yang Dong, director of the Fintech and Internet Security Research Center at Renmin University of China.

Some large-scale bitcoin mining farms have already moved part of their operations overseas. As some small farms closed, a number of secondhand miners have flown into the market, dragging down the prices. Bitcoin values also slumped, from a high of $19,378 in December to about $11,128 on Wednesday.

Miner prices at the Huaqiang North market also slipped. For example, the AntMiner S9, with an original price tag of 11,000 yuan, is now selling for about 20,900 yuan, down from a high of 30,000 yuan two months ago.

Next Article:AT&T, Bayer Look To Blockchain To Track Advertising Data