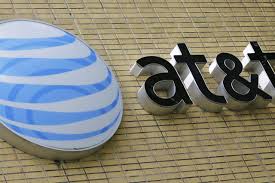 The telecommunications conglomerate AT&T and the pharmaceutical giant Bayer are reportedly both turning to blockchain-based strategies as they seek to remedy the lack of transparency currently plaguing advertisers in the world of digital marketing. As online ad supply chains have grown more complex, companies that promote their products and services on the internet are finding that they have only a vague sense of how their advertising dollars are being spent, and of who exactly is receiving them.

Concerned that they should be getting more value for their money, the two companies have enlisted the services of Amino Payments, a startup that employs blockchain technology to find solutions to problems of transparency in advertising. Both companies consider their work with Amino to be in the pilot stage.

Amino's services work to identify supply chain players and track all advertisement and expenditures "as they travel through the media supply chain." The startup is working with the internet tech firm AppNexus, which is providing Amino with data on the identities of entities across online advertising supply chains.

The lack of transparency in internet advertising has led to several incidents of alleged malfeasance on the part of ad tech firms, some of which have resulted in legal disputes, like Uber's lawsuit against Dentsu Inc. and The Guardian's suit against Rubicon Project.

Previous Article:Devices that 'mine' for bitcoins get their start in Shenzhen

Next Article:5 Marketing Strategies From Major Brands: What You Can Learn From Their Mistakes and Successes