A historian on the myths of American trade 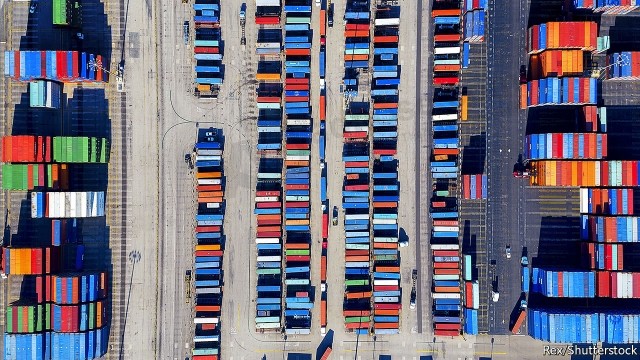 Business Secretary Vince Cable has been accused of providing contradictory evidence to MPs on whether Britain allowed the export of chemicals to Syria which could be used in the production of nerve gas.

The deputy Liberal Democrat leader is being asked to explain why he wrote to Parliament earlier this year indicating that at least part of a shipment of potassium fluoride and sodium fluoride approved for export by a British company had been sent to the war-torn country last year.

When the existence of the two export licences granted for six months last January, while the conflict in Syria was already raging, was revealed earlier this month, Mr Cable’s department and Downing Street insisted that none of the consignment, worth some £20,000, had been shipped to the war-torn Middle Eastern country.

But MPs on the Commons’ select committee on arms export controls pointed to previous testimony from Mr Cable which stated “there were some goods remaining to be exported” under the licences and explaining there was no data to show just how much “had already been shipped”.

Officials last night insisted that Mr Cable’s statement, made in April this year, had been provisional and a subsequent in-depth investigation of records held by Customs & Excise, which is in charge of administering export licences, had shown that none of the chemicals in question had left Britain.

Any evidence that a proportion of the chemicals, which have a wide range of uses including as precursors to nerve agents, were exported to Syria last year would be hugely damaging for Mr Cable and the Government in the wake of sarin attack in Damascus last month which left up to 1,500 people, the vast majority of them civilians, dead.

Sir John Stanley, the Conservative chairman of the committee, has written to Mr Cable stating that there is a “direct contradiction” between the two statements and demanding answers about the incident, including the identity of the company behind the export request.

Sir John said: “We need to uncover the whole history of British Government approvals of exports to Syria of dual-use chemicals.”

Mr Cable’s Department of Business, Innovation and Skills (BIS) has been given until 4 October to answer detailed questions, including a full explanation of the decision to grant the licences at a time when concern was rife that the regime of Bashar al-Assad would turn chemical weapons on its own people.

The licences were granted on 17 and 18 January last year for use in “industrial processes”, understood to be the manufacture of metal window frames, after being assessed by BIS to judge if “there is a clear risk that they might be used for internal repression”. They were then suspended and later revoked in July 2012 in response to tightened European Union sanctions.

On 10 April this year, Mr Cable wrote to the select committee: “Both licence records showed that there were some goods remaining to be exported and that was why those licences were revoked... to prevent export of the chemicals.”

He continued: “However, revocation could not prevent the shipment of chemicals already exported against those licences and, unfortunately, we do not have data showing what quantity of chemicals covered by these [licences] had already been shipped.”

The Government denied that there had been any “cover up” of exports, stating that Britain operates one of the most rigorous export control regimes in the world and that checks of HMRC’s computer system used to track licensed exports, known as “CHIEF”, had shown that the company granted the licences had sent no relevant shipments to Syria.

A BIS spokesman said: “We are confident that there was no export of these chemicals under these licences.”

The department, which has been accused by one MP of “breathtaking laxity” in granting the licences, will face continuing questions.

Next Article:DATA MINERS: NO ONE WANTS TO PAY FOR EASY PREY