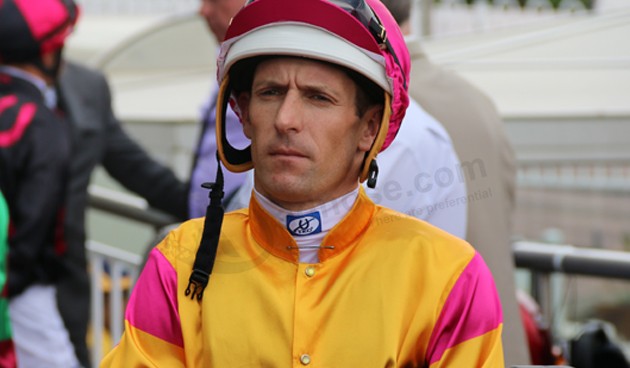 Hugh Bowman will fly the flag for Australia and aim to defend his title at the Longines International Jockeys' Championship in Hong Kong on December 6.

A collection of the best jockeys in the world compete at the annual four-race showcase at Happy Valley, with a total prize pool on offer of HK$800,000.

Four Hong Kong-based riders and eight of the very best of their overseas counterparts will form a brilliant line-up, with each rider competing for the HK$500,000 winner's prize. HK$200,000 will go to the runner-up and HK$100,000 to the third-placed jockey.

Joao Moreira, Hong Kong's record-breaking champion jockey, won the LONGINES IJC in 2012. This time around, the Brazilian sensation will face one of the best line-ups ever assembled, with last year's victor Bowman and two-time IJC champ Ryan Moore in opposition. Those two prolific G1-winning riders are currently vying for the LONGINES World's Best Jockey title.

This year's overseas contingent also features some of the sport's most exciting emerging talents. Brazil's sensation Leandro Henrique, already a champion in Rio de Janeiro, will make his first trip to Hong Kong, as will California-based ace Flavien Prat, representing the USA.

France's challenger is Pierre-Charles Boudot, who won the French title last year with a European-record 300 wins, while Cristian Demuro will attempt to claim the title for Italy.

Two experienced and outstanding champions complete the line-up. Another Brazilian, Silvestre de Sousa, ran away with his second UK championship recently, while Japan's Keita Tosaki has won the Japan Racing Association title for the last three years in succession.

"The LONGINES IJC is not only the richest jockey challenge in the world but also the most exciting," said Andrew Harding, the Hong Kong Jockey Club's Executive Director, Racing Authority.

"This year's event will pitch the world's very best established riders against some of the most talented rising stars from across the globe."

Four Hong Kong riders will be in the line-up. With Moreira guaranteed a spot as reigning domestic champion, two places will go to the next two highest-ranked riders in the Hong Kong championship, as well as the leading homegrown rider (a graduate of the Hong Kong Jockey Club's Apprentice Jockeys' School) at the cut-off date following the race meeting on Wednesday, 22 November.

Moreira leads the Hong Kong premiership by three wins from former champion Zac Purton, who is in turn seven ahead of third-placed Karis Teetan.

A battle is underway for the homegrown spot with Derek Leung on 11 wins and Keith Yeung close behind on nine wins for the term so far.

The 2017 LONGINES IJC is a four-race competition in which the winners of each race will receive 12 points while second receives six points and four for third.

Next Article:Ex-Red Sox Ellsbury Agrees On Terms With Yankees