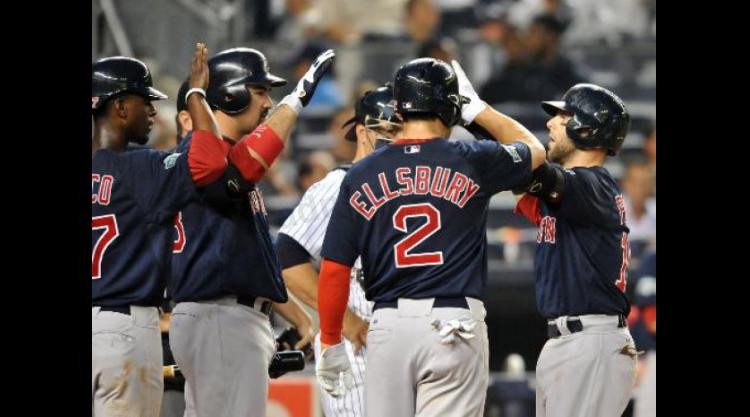 Boston's Jacob Ellsbury has agreed to the basic terms of a seven-year Major League Baseball deal with the New York Yankees that will pay him $153 million.

According to a report on Major League Baseball's website, the contract would include an optional year that could bring the outfielder another $16 million.

No deal has been officially confirmed, probably because a final physical is needed before the deal can be completed.

Ellsbury hit .298 with nine home runs, 53 runs batted in and a major-league-best 52 stolen bases over 134 games last season for the World Series champion Red Sox, the team for which he has played for his entire seven-year MLB career.

The Yankees last week signed catcher Brian McCann to a five-year deal worth $85 million and he and Ellsbury would be charged with helping boost the Yankees after they managed only 85 victories last year, which saw them miss out on the playoffs.

Adding Ellsbury, a .297 lifetime hitter, could also change the roles of the Yankees' other outfielders, including Japan's Ichiro Suzuki and slugger Alfonso Soriano.

The Yankees reportedly offered him a seven-year deal worth between $160 million and $170 million to stay with the team. Cano's original request was for a 10-year contract worth $305 million.

Previous Article:Custom-made products with distinct designs are rolled out for every occasion

Next Article:Bowman to defend HK title