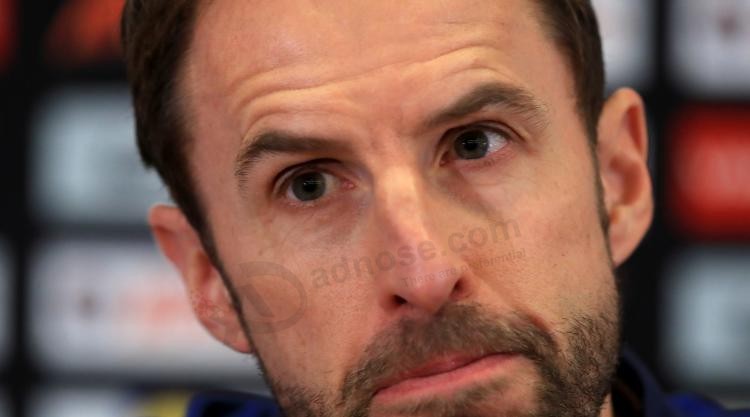 England manager Gareth Southgate believes it is a "huge step" for Germany to be wearing poppies in Friday's friendly - and hopes there is no repeat of the "totally unacceptable" fan behaviour seen in Dortmund earlier this year.

The Three Lions kick-off their World Cup preparation with back-to-back glamour friendlies, with Brazil arriving at Wembley after Southgate's men pit their wits against the reigning world champions for the third time in less than 20 months.

The most recent encounter in March was tarnished by some England fans, with poor behaviour in Dortmund city centre spilling into the ground as the German national anthem was booed, while distasteful songs about the First and Second World Wars were sung.

Southgate hopes there are no such problems this time around and thanked the visitors for wearing black armbands bearing poppies in remembrance of members of the armed forces.

"I was asked about (the fan behaviour) immediately after the game in Dortmund and, to be honest, I wasn't aware at the time of exactly what had been said," the England manager said.

"It was hearsay, so I wasn't as strong as I'd like to have been on it, really.

"We have huge a percentage of fans who follow us brilliantly. We experienced that in Lithuania when we went over to the supporters at the end of the game.

"An element that, things that were shouted that night (in Germany are) totally unacceptable.

"They don't represent us as a team, the people that do that, but I want to be very specific because I don't want it to be our fans as a collective. We're talking about individuals.

"The mass majority support us brilliantly.

"Also to add to that, Germany I think have taken a huge step in terms of agreeing to wear the poppy as well in this fixture, so I think that is something that should be noted. We appreciate what they're doing."

FIFA fined England, Scotland, Wales and Northern Ireland last year for displaying the poppy as part of the Armistice Day commemorations as it was deemed a political symbol.

The International Football Association Board's clarification on the relevant law in September means the teams can now display the poppy ahead of Remembrance Sunday.

Friday's match will see those that made the ultimate sacrifice honoured in various ways, with German Football Association president Reinhard Grindel happy to take part in the tributes.

"I positively welcome the decision to allow both the English and the German national teams to wear poppy armbands, because these are not about political propaganda in any way," the DFB president said.

"They're about remembering the kind of values that were kicked to the ground in two World Wars but are cherished by football: respect, tolerance, and humanity."

FA chief executive Martin Glenn added: "Remembering and commemorating the men and women who have served this country is engrained in our nation.

"Many of them have made the ultimate sacrifice and we will be honouring them, both on and off-the-pitch, for our match against Germany at Wembley Stadium.

"I would like to thank the DFB for also agreeing to wear the poppy for the match, in a show of solidarity and unity at this important time."

Next Article:Taulupe Faletau Expects Wales To Feel Benefit Of Training Session With England