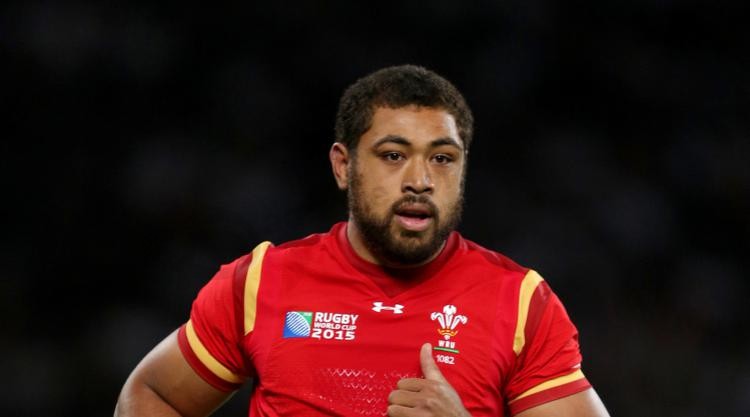 Taulupe Faletau believes Wales will benefit from "the extra edge" of a set-piece training session against England's forwards.

Faletau and his colleagues spent part of Monday morning engaged in scrum and lineout work with their English counterparts at Clifton College in Bristol.

The workout was overseen by 2015 World Cup final referee Nigel Owens, and Wales number eight Faletau said: "They are a quality outfit, and it was great to test ourselves against them and vice versa.

"It was something we've never done, and there was that extra edge because we were going up against a national side.

"They were players we are not used to going up against, and with the quality they've got it was about making sure we did our bits right.

"You know what scrums are like. I don't have a clue what's happening myself most of the time! We were going back and forth, and it was a good session.

"With the (Wales) squad that has come together, we just wanted to work on our calls and test that out on some opposition. There was no live mauling, but it was full-on competing.

"The quality they had this morning is only going to help us this weekend."

Faletau could find himself lining up in an unfamiliar back-row against the Wallabies, with openside flanker Justin Tipuric battling to overcome a thigh injury, while Wales are already without British and Irish Lions captain Sam Warburton.

It could mean a start for Cardiff Blues' Josh Navidi - it would be only his fourth Test appearance - in the number seven shirt, with Scarlets' Aaron Shingler at blindside.

"Everybody knows the quality of Justin," Faletau added.

"I think he's struggling a little bit for the weekend, but with the players who have been picked in the squad, there will be an opportunity for someone else to step in and play that role. They are here for a reason, and there will be no issues."

Wales head coach Warren Gatland is due to name his starting line-up on Thursday, with call-ups expected for the likes of Gloucester back Owen Williams at inside centre and Scarlets wing Steff Evans.

"Through selection and what he (Gatland) has said, you can see how he wants us to play a bit more rugby, rather than just hit-ups and stuff like that," Faletau said.

"He has picked the boys to do that. I feel like he is a bit more relaxed and is relaying the message that we are free to play and express ourselves.

"It gives the back-row a licence to be in the wider channels a bit more, and then we communicate more with the backs.

"That's the only change, really. We can work outside the 13s, and chat with them in the wide channels. Hopefully, you will see me in the wider channels more."

Next Article:Needing a win to advance to Homestead, Chase Elliott leads opening NASCAR practice at Phoenix