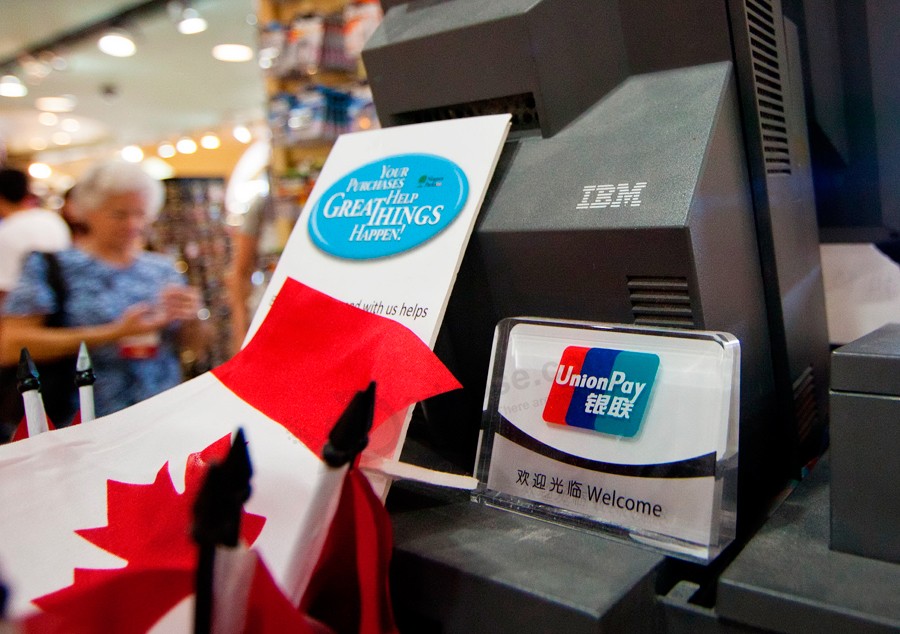 "Alipay or WeChat Pay?" she asked as soon as he finished his lunch.

"So you don't accept bank card? And cash isn't an option?" Chang Xiaohui, 27, an electrical engineer, counter-questioned the waitress at a Hong Kong-style restaurant in Shanghai.

She replied: "Sure we do. I mean, not many people are using bank cards or cash nowadays, right?"

"Right." With that, he paid with cash.

Chang had no other option because his smartphone was dead due to battery outage. He couldn't remember his bank card PIN either－it's been more than two months since he had used it for payments.

Chang is not an exception but the rule across China. Millions of consumers such as Chang simply love the convenience of mobile payments.

Cash and plastic cards are nearly out. Third-party mobile payment tools are in.

From street-side peddlers of roasted sweet potatoes to hypermarket checkout counters, ubiquitous quick response or QR code stickers or laminated labels plead you to "scan me to pay".

At a Shanghai wet market, If you pay for a kg of squid using WeChat, you can get up to 5 percent discount.

According to market research firm Analysys, China's third-party mobile payment providers accounted for transactions worth 18 trillion yuan ($2.66 trillion) in the first quarter of 2017, up about 47 percent quarter-on-quarter.

"Growth of mobile payment tools is faster than that of any other payment models. The trend indicates that mobile payments will become the mainstream payment model across China in the near future," said Zhou Yuedong, vice-president of the credit card division of ICBC, the country's largest lender.

UnionPay users can scan QR codes at points of sale. Alternatively, sellers can scan their customers' UnionPay QR code. One-to-one transfers can be made, facilitating payments between individuals, individuals and businesses, and between businesses.

Cash withdrawals from ATMs via QR codes and similar innovative solutions will also be available in the future, according to UnionPay.

"Consumers may think UnionPay was too slow and trailing Alipay and WeChat Pay. But, UnionPay launched QR code-based payments only after the authorities officially approved such mobile payment systems," said Liu Fei, a retail sector researcher with Shanghai Mingshan Consulting.

Before launching its QR code-based payments, Union-Pay promoted its near field communication or NFC payments that enable customers to pay by merely tapping their smartphones. The embedded SIM card in the phone would forge a payment agreement with the point-of-sale without having to key in the PIN or sign on the bill.

The contactless NFC mode has been widely accepted by merchants where frequent, low-value payments are the order of the day－restaurants, convenience stores, bus stations and subway train stations.

But the idea that only 6 percent market share is up for grabs doesn't wash with other pay tools.

UnionPay is eyeing overseas markets as it has agreements with several merchants and ATM operators abroad, said a source who has close knowledge of its mobile payment strategy.

The source said: "NFC payment is UnionPay's blockbuster product and is widely accepted in overseas markets, particularly in Asian destinations with the fastest growth of Chinese tourists. Now, UnionPay has also launched promotions for QR code-based solutions in developed markets such as Europe and the US.

"The rationale is that UnionPay has more exposure abroad than other domestic payment service brands. Chinese tourists will get attracted to UnionPay as they are familiar with the brand. Hopefully, that will deepen customer loyalty. When such tourists return to China, they will likely continue using UnionPay products. Thus, we will win more market share."

So, UnionPay International, the overseas business arm of the bank card association, has signed a cooperation agreement with France's Office de Tourisme DLVA for payments at the Coeur de Provence tourism project that targets Chinese tourists.

The two sides will encourage local merchants to accept UnionPay cards. In the future, tourists will be able to use UnionPay cards conveniently in France.

Cai Jianbo, CEO of Union-Pay International, said the company is seeking to "serve cardholders globally" and "grow together with partners globally".

Chinese consumers who use UnionPay for mobile payments can receive benefits such as vouchers, discounts, free admission at tourist attractions and privileged concierge services in more than 60 destinations and at more than 10,000 merchants.

In the domestic market, UnionPay is extending collaborations with international players. For instance, it has launched promotion programs with Apple Pay to offer up to 50 percent discounts at restaurants, drug stores, supermarkets, online marketplaces and entertainment venues for Apple Pay users with UnionPay bank card account. UnionPay also partners with Swiss watchmaker Swatch to enable the latter's customers to make mobile payments using Swatch Pay technology that is embedded in its products.

All the third-party mobile payment players are gearing up for the challenge of making the technology more inclusive, especially in lower-tier cities, said Zeng Jianqiu, a researcher with the Beijing University of Post and Telecommunications.

Mobile payments would benefit people in regions that lack both widespread access to banks and ubiquitous ATMs. But it takes more resources to build up infrastructure to ensure safe and convenient transactions, Zeng said.