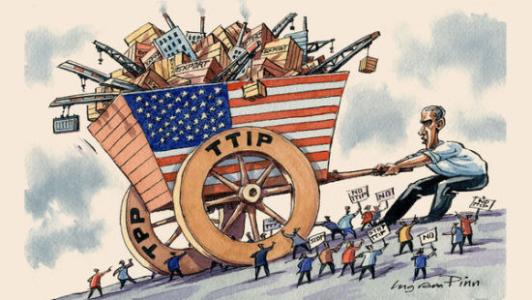 Mexico's top trade official says while a preliminary agreement may fall short of a full renegotiation of the North American Free Trade Agreement, a preliminary plan to adopt some form of trade pact between the U.S. and Mexico has a good chance of being approved if U.S. lawmakers sign off on the deal later this year.

Speaking in Laredo at the 24th Annual Pathways for Trade Symposium in Laredo, Texas, Guillermo Malpica Soto, head of the Trade and NAFTA Office in Mexico's Ministry of Economy, told reporters a new preliminary agreement between the U.S. and Mexico has been tentatively reached that addresses the issue of rules of origin for parts assembled in the manufacture of automobiles, one of the major stumbling blocks in renegotiation efforts between the U.S. and Mexico.

The Pathways for Trade Symposium has long addressed logistics of manufacturing agreements between the two nations. Malpica was the keynote speaker at this year's event.

“We are trying to achieve maintaining the pace of growth and trade between Mexico and the United States in our most recent round of negotiations to avoid disrupting what has proven to be a successful process in North America, in order to continue with the pace of growth and trade within the region. We do not want to put in danger the integration processes within North America," he said following the first full day of the two-day international symposium.

Saying the original NAFTA agreement has facilitated “substantial trade growth between our nations” through the years, he noted there is too much at stake for all trading partners to have open trade diminish or disappear in the years ahead.

“The economic advantages are too many and too great for us to walk away from trade without exhausting every effort to work out the details that facilitate mutual trade cooperation across our borders,” he said. “Trade between Mexico and the U.S. has grown seven times [as a result of NAFTA] and we expect to continue [this type of] growth in the years ahead.”

The preliminary agreement addresses the issue of origin of automotive parts as required by the Trump administration, a stipulation 62.5 percent regional value content under terms of the original NAFTA agreement be increased to 85 percent, and of that 85 percent, 50 percent should originate in the United States. Both Canada and Mexico expressed their opposition to that requirement in early trading discussions, but Mexico has conceded the issue in the new preliminary agreement.

Malpica says the new preliminary agreement includes an increase in the original value content up to 75 percent, with 40 percent of the car inputs produced in a region that pays an average of $16 an hour. U.S. officials say this is a win for the U.S. as it will create more jobs for Americans.

While Canadian trade officials have yet to agree to these and other terms of a new or preliminary agreement between all three of the tri-lateral partners, Canadian say they will be talking to Mexico in the weeks ahead as they consider their options, according to Malpica.

When the preliminary agreement between Mexico and the United States was announced in late August, White House officials lauded the news as a solution to stalled NAFTA talks, pointing to the agreement as a signal to the end of negotiations and the birth of a new trade deal. But if the deal is designed to be a replacement for NAFTA as the White House has indicated, critics argue that any agreement must first be approved by Congress before taking effect.

Christopher Wilson, a noted authority on NAFTA at the Wilson Center think tank in Washington, D.C., warns that while issues involving origin of automotive issues between Mexico and the U.S. appear encouraging, he reminded supporters of the new agreement that Canada so far has not agreed to those terms, and further expresses there are other NAFTA issues that remain unresolved.

The next step in the process of the preliminary agreement between the U.S. and Mexico is for Congress to agree to it, and they have until late November to vote on it to approve or reject it in its entirety.

Next Article:What’s the Best Way for a Business to Get a Meeting With Another?