We Still Don’t Know Whether Uber Is a Real Business 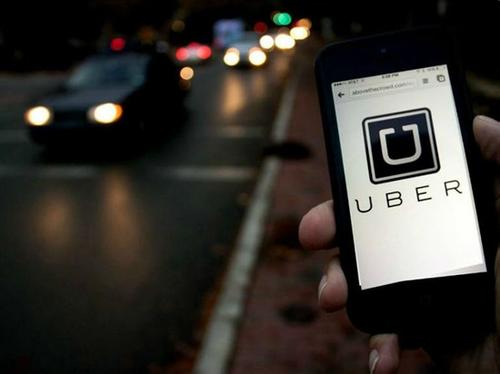 In March, Uber will turn 10 years old. On paper, it’s one of the world’s most highly valued companies. Uber has become a verb for rides on demand, changed the transportation habits of millions and pushed changes in city planning around the world.

But after a decade of operation and perhaps a year or so away from its initial public offering, an essential unanswered question remains: Is Uber viable?

Put aside questions about whether Uber is overvalued, evil or whatever other clouds exist. I’m talking about simple dollars and cents. Uber Technologies Inc. has burned through more than $1 billion in cash in the last year, by design, and continues to fund itself with the huge capital pools available for young superstar companies since about 2010. If all that cash from SoftBank, Saudi Arabian oil wealth, conventional tech investment funds — or even cash from future public stockholders — unexpectedly dries up, does Uber’s business model work? I don’t know, and almost no one else does either.

There are always questions about whether relatively young companies will have staying power, but because Uber has never had to finance itself solely with the cash generated by its businesses, questions about the company’s basic viability are even more urgent.

I’ve written before that Uber has sensibly tailored its business strategy to the financial realities of the last eight or so years of financial markets. Never before has so much money been thrown at promising young technology companies, and for good reason. People with money are desperate to make more money, and private technology companies have been an appealing way to turn $1 into $10 or $100.

If Uber had started just a few years earlier, it might have been confined to its original business of dispatching luxury cars. Instead, Uber has taken in more than $15 billion from stock sales and borrowings, and that cash has let Uber dream big. It offers semiprofessional drivers at the tap of a smartphone screen in dozens of global cities, has branched into transportation by bicycles and has visions of robot-driven cars and flying taxis. It’s investing in food delivery, matching supply and demand for freight and more.

Uber’s cash has let it become this ambitious, but it’s never been forced to live in a world where it has to operate solely with the cash it generates. The company’s free cash flow — or cash generated by its operations minus costs for capital projects — was negative $1.3 billion in the last 12 months, according to Bloomberg News and other media reports on the company’s self-reported, cherry-picked financial figures. For the sake of comparison to a recent but dramatically different era in technology, Facebook had positive free cash flow for three full years when it filed to go public in 2012.

Don’t just listen to me about the importance of companies that can sustain themselves with their own cash flow. Listen to Uber CEO Dara Khosrowshahi. “The most important factor for me,” he said at a Fortune conference last month, is “cash flow generation.”

“I don't want to be dependent on private, public or any markets to fund the business expansion and the extraordinary expansion in front of us,” he said.

Well said. Uber doesn’t need to be cash flow positive when it goes public. And maybe not for years. But eventually it does, and at this point it’s not clear how or when that might happen.

Khosrowshahi and investors in both Uber and other on-demand ride companies have said the economics of the basic business are nicely profitable and improving in some established cities. They say finances for Uber and its rivals are distorted by intentional decisions to grab market share in many cities, global expansion into areas where rides aren’t immediately profitable and investments in promising but cash-draining businesses such as driverless cars.

Young tech companies often say they can pare spending or curtail growth investments if they need to fund themselves solely with cash their businesses generate. That sounds great, but it’s remarkable to think we don’t know what Uber’s business looks like — or if it can even exist — if the company had to live within its means.

If times change and Uber needs to become cash flow profitable earlier than it expects, what happens to Uber’s fares or the availability of rides? Does the cost for a ride double or triple? And if so, and demand for rides shrinks, how much more does it cost Uber to attract and retain drivers, which then depresses demand from riders? If Uber has to stop or pare back its investments in driverless cars or food delivery, what happens to the company’s future value or its cash flow?

And it’s not trivial to cross the chasm from a fast-growing technology company that needs constant fresh cash to a firm that can finance its own operations. In a recent analysis I did of tech companies that had gone public since 2010, I was surprised to see that some relatively seasoned companies had for years generated less cash than their businesses needed to operate. Companies such as Pandora Media and FireEye need continual supplies of fresh cash from stock sales or borrowings.

To be clear, Uber had billions of dollars of cash on hand as of June 30. It’s not in danger of blowing up. But nothing about Uber is a sure thing. Not its eye-popping valuation, not its ability to withstand competition and regulatory challenges around the world, and certainly not its very viability as a business.