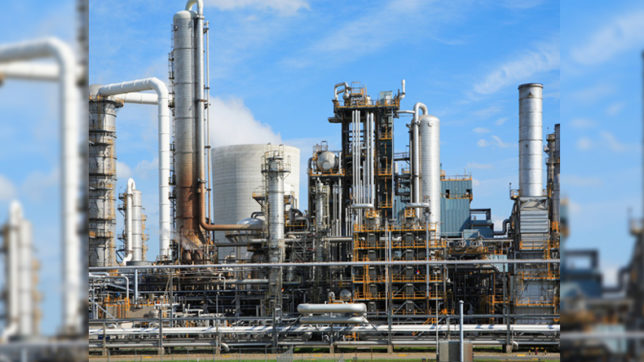 Since 2008, one question has obsessed political elites in many rich capitalistic countries: Has capitalism failed as a form of economic and social order? Has it not produced the goods, or has it produced too many goods, or, more politically relevant, has it produced the sense of a good society? And if it has failed, what might, should, or will come after it?

Any number of abstractions, appearing everywhere in the media, academia, and politics, are now used to describe capitalism as a discredited economic and social order. More in Europe than in the United States, “capitalism” is prominent in the lexicography of ignominy, as are “neoliberalism” and “market fundamentalism.” These abstractions are all difficult, maybe impossible, to define, not least because they all reify a target that is constantly changing. They nevertheless have yielded a debate about the modern world that has morphed into a neo-scholastic exercise of eviscerating exegesis. Hillary Clinton recently speculated that she may have failed because she was a capitalist.

Joshua Freeman’s refreshing book, his fourth, is a good indication that there is another way to approach today’s uncertainties. That involves looking at the past. Think of how lived experience changes, rather than ruminate on recondite terminology. Instead of asking whether capitalism began in the 18th century, or in late medieval Florence, or whether ancient Greece or Rome were in some ways capitalistic (we can probably agree that Stone Age people were not), Freeman knows how to begin: when something dramatically transformative happened. Behemoth starts, as all good history books should, with a date: 1721. “In 1721 […] the first successful example of a factory, as we use the term today, was built on an island in the River Derwent.” It was a silk mill, built by two half-brothers, John and Thomas Lombe of Darby. The factory was quite distinct from other buildings: the church, the palace, the theater, bathhouse, dormitory, lecture hall, courtyard, prison, or city hall. It established the modern world.

Freeman, a professor of history at Queens College, City University of New York (CUNY), and the CUNY Graduate Center, traces the story of the factory as manufacturing techniques and the objects being produced changed: from silk weaving to cotton and other textiles, and then to iron and steel, then to the creation of complex machinery such as the automobile or the aircraft, and then to electronics assembly plants. The geographical focus shifts from England to the young United States, then to the Soviet Union, and ends up in China. The factories appeared in countries that were remaking themselves and dreaming of a new society, of which the factory appeared to be the facilitator. Freeman could easily have also included Germany in his industrial grand tour, where after 1871 the Krupp factory at first seemed to embody the dynamism of the young German Empire.

Each version and incarnation of a factory in the different geographic locations produced an initial utopia. The agglomeration of large numbers of people in large rooms was not just an exercise in increasing economic efficiency; it might make the people involved in production better people. A dream of human liberation became associated with the factory before it ever generated bleak visions of a new bondage for the sake of Mammon and profit. The factory even became an aesthetic object, designed by prominent architects and engineers experimenting with new ways of organizing social space. Companies regularly included an imposing lithograph of their production facilities on their corporate stationery.

It is also clear that the most obvious economic explanation of the rise of the factory—the exploitation of economies of scale—is not a very good account of why the factories were built. In many cases, there were penalties for being too big; especially before the advent of electric power made it possible to distribute energy more widely over a large area, large factories depended on complicated systems of cranks and shafts that linked a central source of power, at the beginning usually water and later on engines usually driven by coal. Sometimes factories were built in order to control workers. More often they were designed to ensure that production secrets were kept and patents not abused. In some cases, factories became merely prestige projects of display for a status-conscious aristocracy.

Initially, factories appeared as objects of admiration, attracting tourism to England. Alexis de Tocqueville thought of the mills of Manchester as akin to “huge palaces;” another observer thought of them as like Egyptian obelisks. Some observers even seem to have been enchanted by child workers, and to have thought that the new forms of physical activity constituted a good. Andrew Ure, a Scottish physician and business theorist (a striking combination of expertise!), commented on how “the work of these lively elves seemed to resemble a sport, in which habit gave them a pleasing dexterity.”

One of the attractive consequences of Freeman’s geographic trajectory is that he can explain how, in each case, the reality of factory life quickly overshadowed the utopian dream. There was soon a dystopia of overworked, brutalized, enslaved workers, often vulnerable children and women in the textile mills that began to overshadow the utopian dream. Government commissions and poets like William Blake and social critics like Marx and Engels graphically depicted the excesses, the abuses, and the human degradation.

The early commentators realized how transitory the initial idyll might be, and began to suspect that as manufacturing spread, conditions might deteriorate. They did.

Each new utopia produced the same cycle. First there was enthusiasm about the size and the transformative capacity when a new production technique brought a new aesthetic: when the steel factory came, or when Ford worked with the assembly line. Then came disillusion, radicalization, and the mobilization of organized labor avowedly to tame the monster.

Some taming occurred, to be sure, but the monster then moved geographically to inhabit a world organized quite differently. That is when Freeman transports the reader to Russia, where an American architect, Albert Kahn, brought the most transformative design for rationalized mass-assembly production to Soviet tractor factories, first in Stalingrad and then beyond. Kahn described himself as a doctor dealing with his Russian patient. There was the same foreign tourism, the same over-enthusiastic accounts, complemented now by films and photos. The photographer Margaret Bourke-White explained that she could provide an “exultant picture” for a world waiting to be impressed by the Soviet achievement.