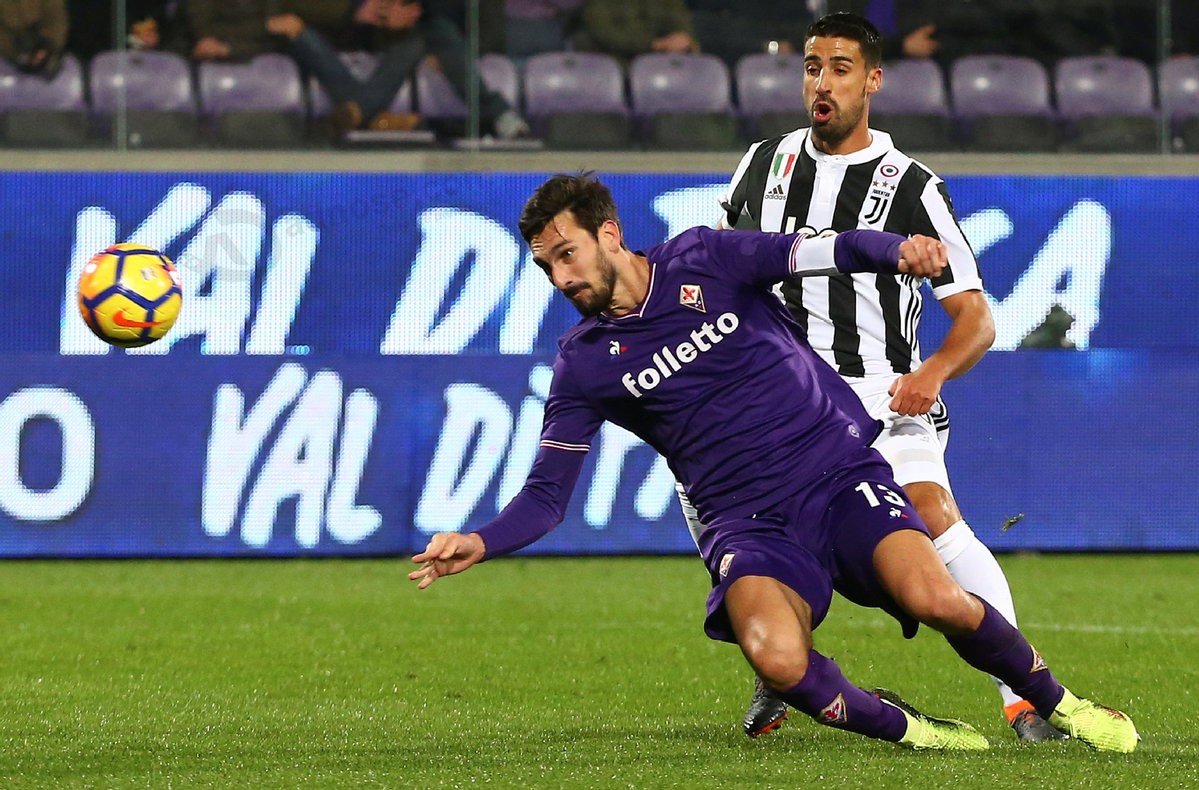 ROME - Seria A side Fiorentina called for respect and silence on Monday after Italy's soccer chief, Giovanni Malago, erroneously declared a contract extension had been posthumously granted to the club's Davide Astori, who died last week.

Malago, who is president of the Italian Olympic Committee and oversees Italian topflight and international soccer, "spoke too soon", a source very close to those concerned told AFP.

The source said Malago had perhaps given credence to a fake news story circulating on social media.

"Fiorentina is in a state of shock and we ask for silence and respect from all parties," a club statement said.

The statement came in reaction to an earlier release from Malago, who a source at the club said was "misinformed."

"Fiorentina has renewed Astori's contract. His salary will go to his family, his partner and his daughter," Malago said earlier.

"It's a lovely gesture from the Della Valle family," Malago said of the family that runs Fiorentina.

On Sunday the club revealed the player had been on the verge of extending his contract and the only thing that had been missing was the signatures.

Italy is still reeling from the sudden death on Sunday of the 31-year-old defender, who played for his country 14 times.

A judicial inquiry has been launched following the death of the player, who was found dead in his hotel room in Udine, where his team was due to play Udinese on Sunday.

An autopsy was due to be carried out on Tuesday while his funeral will be held in Florence on Thursday, Fiorentina announced.

"We have opened criminal proceedings over the hypothesis of manslaughter. For now, it's been brought against unknown persons," Antonio de Nicolo, a magistrate in the northeastern city of Udine, told Rai radio on Monday.

Such a procedure is mandatory under Italian law, and as such there is currently no suggestion of foul play.

De Nicolo was quoted on Sunday as saying Astori died of "natural causes" after a "cardiac circulatory collapse" - a type of heart attack.

This week's Champions League and Europa League games will be preceded by a minute's silence for Astori.

Dario Nardella, the mayor of Florence, said the city would observe a day of mourning for the player's funeral.

Astori began his career at AC Milan, also playing for Cagliari and Roma before joining Fiorentina in 2015.

He made his international debut under coach Cesare Prandelli in March 2011 as a first-half substitute in a 2-0 victory over Ukraine in Kiev before getting sent off with 17 minutes remaining.

Astori scored his only international goal in the 2013 Confederations Cup third-place playoff against Uruguay, in a match that ended 2-2.

Italy went on to win on penalties.

Previous Article:trademark club name and warn against further use

Next Article:Baidu invests in Skyworth unit