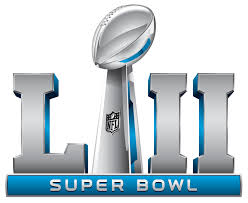 Despite controversy surrounding kneeling during the national anthem, advertising for the Super Bowl seems to have not been affected, according to Creighton advertising professor.

The start of the season was filled with contention as several players kneeled in solidarity during the national anthem, thus causing controversy.

Despite all the talk, though, local experts tell 6 News, it doesn't seem to have much of an effect on advertising for the big game.

Maciejewski has been studying advertising interest for the game and found some advertisers backed out. Notably, Clorox, GoDaddy and Wonderful Pistachios won't have Super Bowl ads, but Maciejewski said the companies didn't say it was because of the controversy.

What might make ads more appealing this year is the fact NBC is also the home for the Winter Olympics, so the network created advertising bundles.

"If advertisers might have been on the fence as to whether or not they wanted to plop down $5 million for a 30 second spot, being able to get bundled in with the Winter Olympics might just pushed them over the edge and said, ‘Okay, well now we can justify it from an economic perspective,'" Maciejewski said.

Advertising, though, has become difficult, according to Maciejewski. Many advertisers need to keep the attention of consumers, and they're doing so by rolling out "teaser" ads to entice viewers to find out more during the game.

For example, Skittles has rolled out several commercials about a Super Bowl ad they'll only show to one person, leaving viewers to wonder what the real ad is and what they're going to do during the game.

"The one-off Super Bowl ad is really the thing of the past, so they take that 30 second ad now and run it wherever they possibly can and even do a great job of building suspense for those spots," Macijewski said.

Until then, advertising experts will be playing the waiting game to see just how much of an impact the year's most anticipated commercials will have.

Previous Article:Halo Top, And How To Be The Beatles Of Your Business

Next Article:Super Bowl ads are only one way local ad agencies tap into the big game