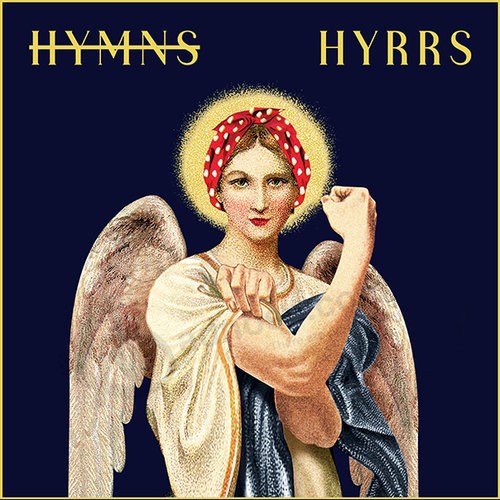 Grey London teamed up with Goldstein Music to release a feminist album of rewritten Christmas hymns designed to stick it to the patriarchy and raise money for women in need.

Hyrrs: Festive Hymns Made Feminist’ is a reworking of famous festive songs and covers issues including body shaming, workplace inequality, sexism and harassment.

The songs are available to download from iTunes, Google Play and Amazon, and stream from Spotify and Apply Music, with all proceeds going to Refuge, a national domestic violence charity which provides lifesaving support to thousands of women and children. Shockingly, 1 in 4 women in England and Wales are affected by violence in their lifetime.

Grey’s Co-Chief Creative Officer, Vicki Maguire said: “From Weinstein and Westminster to salaries and sexism, 2017 has shown how appalling it can be for women. That’s why we now want to make a statement about kicking everyday inequality in the baubles this Christmas, while raising money for an amazing cause that helps women.”

Speaking about the project, chief executive of Refuge Sandra Horley, CBE, said: “Everyday sexism is sadly still a fact of life and remains a root cause of violence against women. The Hyrrs of the world are often accused of lacking a sense of humour. So, this is a divine opportunity for the Hymns of the world to see the funny side. Otherwise, guess who has the last laugh?”

The creatives behind the project are Christopher Keatinge and Tom Houser, who collaborated with copywriters Augustine Cerf and Laura Nunneley. The album artwork uses ‘Lacuna’ - a typeface created by female typographer Imogen Ayres.

Grey London are promoting the songs as part of an ongoing pledge to fight against inequality.

Go to www.hyrrsnothymns.com for details on where to find the songs, download the Hyrr-Book and find out how you can donate to Refuge.

Next Article:Max Chilton Joins Up With Carlin Motorsport For Next Season's IndyCar Series