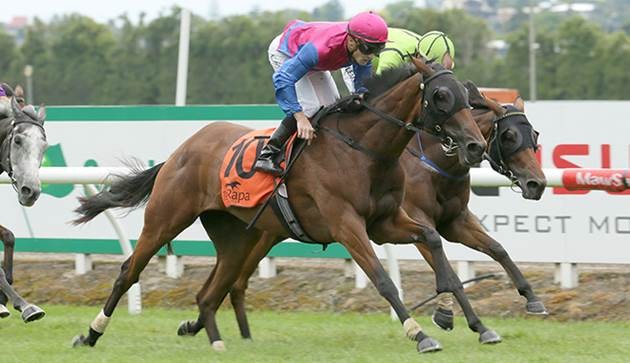 Murray Baker and Andrew Forsman will chase a repeat of a prized double at Te Rapa on Saturday.

Emerging star Love Affair will bid to continue that trend, the Garry Chittick-bred and raced daughter of Savabeel shooting for her fifth win in just six starts.

Just as Sports Illustrated did, Love Affair was successful in a lower-grade race last start at Pukekohe as her lead-up to her first shot at a Group race.

"We think she's a pretty good horse. She's a good-class mare and we think she'll measure up," Baker said.

"She won well at Pukekohe last time and she's gone on the right way since. She's a very promising horse."

Love Affair is favourite for the Cal Isuzu Stakes, with Lizzie L'Amour and Stolen Dance, who won the race in 2015 for then trainer David Greene, equal second favourites.

"Stolen Dance will go a good race," Baker said. "She's a class act. With Lizzie L'Amour, we'll try her out and see how she goes. It will probably be a bit short for her but she's a good horse too."

Baker has plans to run Lizzie L'Amour and Stolen Dance in the G1 Zabeel Classic (2000m) at Ellerslie on Boxing Day should they run to his satisfaction on Saturday, while no plan has yet been confirmed for Love Affair.

The master trainer was pleased with his Waikato Cup pair leading into their staying test.

"Zacada's not the worst and he'll get the trip all right. He's had a run at the trip and finished second and he was fourth in the [New Zealand] St Leger over 2500m. He got home well last week and he'll go a good race," Baker said.

"Maygrove has that big weight to carry again but it's not a great field and he's racing well. He’s about the same as he was the year he won the Wellington Cup and he'll put in again like he always does."