In Her Time due according to Smith 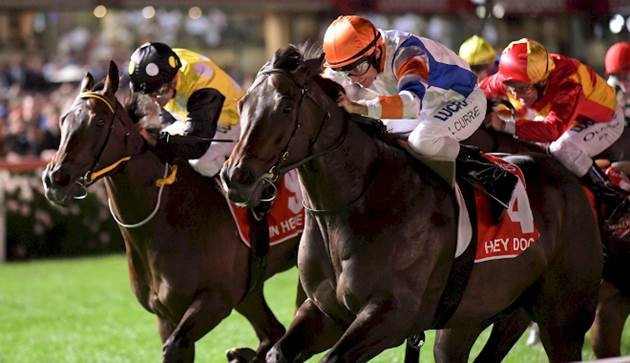 In Her Time could be in for a career-best performance in one of the year's best sprint races at Flemington on Saturday if the mare's current temperament is anything for her Newcastle trainer Ben Smith to go by.

In Her Time made her Melbourne debut in the Manikato Stakes at Moonee Valley last month and in the weeks since has managed to not only continue her sizzling form on the track but Smith claims he can see a change in her frame of mind ahead of the Darley Classic.

"She's just seasoned now to travel so the longer she stays here the better she gets and the more comfortable in the surroundings she is," Smith said on Friday.

"She's starting to get quite bossy now so she's settled right in."

In Her Time racked up her third Group 1 placing in the Manikato, where she narrowly failed to grab Hey Doc and Smith said the mare has all the attributes of an elite race winner.

"She's just a very tough horse," he said. "She doesn't lay down and even when things don't go her way she picks herself up and still hits the line.

"She tries so hard but things haven't gone her way (in Group 1s) but hopefully, she'll stay out of trouble in a straight race."

Melbourne Cup winner Corey Brown will again strive to get the job done at the elite level on In Her Time and Smith is counting on his experience to give the mare every chance to score.

"I've basically been guided by Corey. I've told him what I need to do to get her right for the race and I took on his experience and we decided it was best to keep her fresh and keep her happy," he said.

"They are the best sprinters in the country around at the moment. You could run the race 10 times and get 10 different winners. It's that sort of race."