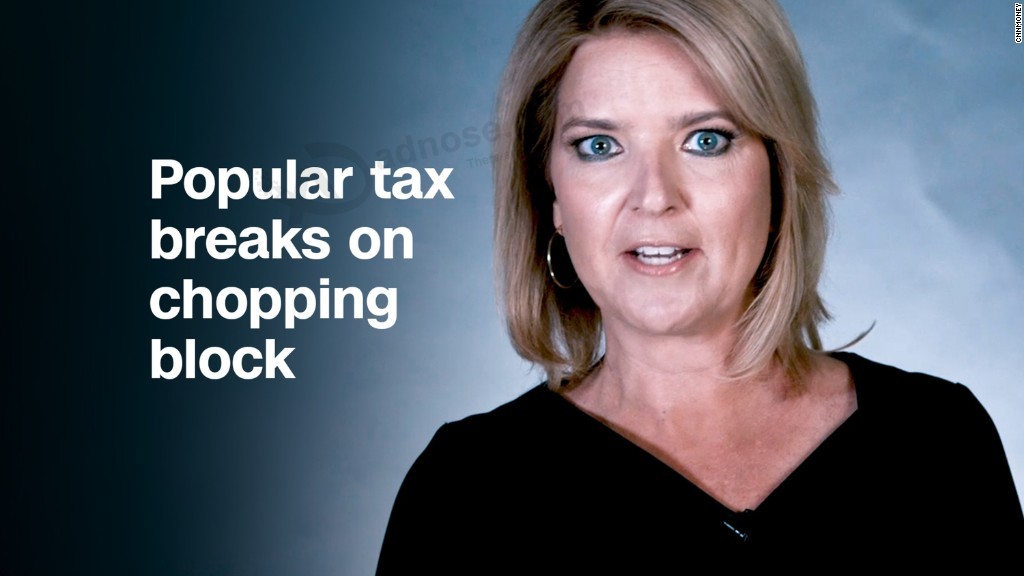 The House hasn't even released its tax reform bill yet, and Republican lawmakers are already making a big concession over one of their most controversial proposals.

Kevin Brady, chairman of the House Ways and Means Committee, has decided to only partially repeal the state and local tax deduction, bending to concerns of colleagues from high-tax states.

"At the urging of lawmakers we are restoring an itemized property tax deduction to help taxpayers with local tax burdens," Brady said in a statement this weekend.

The news was first reported by Bloomberg.

In their bid to pay for the trillions in tax cuts they want, as well as simplify the tax code, Republican leaders have proposed repealing most itemized deductions. The state and local tax deduction -- aka SALT -- is the biggest among them. Repealing it fully could bring in more than $1 trillion in revenue over a decade.

Brady's concession on property taxes may help some of the moderate-income people who benefit from the deduction today.

Related: Millions in middle class will feel it if GOP kills this tax break

But it's not clear from Brady's statement if there would be any limits on who may take the property tax deduction. For instance, if it's available only to people who itemize, then chances are many wouldn't take it. That's because his bill would nearly double the standard deduction. And that would drastically reduce the number of itemizers, since you only itemize if your deductions combined exceed your standard deduction.

Impossible to satisfy all demands

Brady's decision, just a few days before he's due to unveil the House tax reform bill, speaks volumes about the political and policy challenges ahead for lawmakers: how to meet the Republican goals, while garnering enough support to pass a bill.

A group lobbying to keep all of the state and local deduction intact was quick to call foul at Brady's concession, noting that his home state of Texas has no income tax and is heavily dependent on property taxes for revenue.

"[His] partial elimination plan for the state and local tax (SALT) deduction would insert the heavy hand of Washington into state and local finance decisions, dictate winners and losers among states, and unfairly penalize taxpayers in states that rely significantly on income taxes," Americans Against Double Taxation said in a statement.

Leonard Lance, a New Jersey Republican congressman who has been a lead negotiator in the SALT debate, called the announcement a "step in the right direction" but argued there's more work to be done.

"I will need to see legislative text to determine if this proposal is in the best interest of New Jersey," Lance said in a statement. "We already send more than enough money to Washington."

Related: Is now really the time for massive tax cuts?

Separately this weekend, the National Association of Home Builders made clear it wouldn't support the GOP tax plan as is because it doesn't do enough to support homeownership.

"This plan is particularly disappointing, given that the nation's home builders warned that the proposal would severely diminish the effectiveness of the mortgage interest deduction and presented alternative policies that would retain an effective housing tax incentive in the tax code," the NAHB said in a statement.

The group said it believed it had a deal with lawmakers to include a homeownership tax credit that could be taken by anyone -- even if they don't itemize. But "we were told by the House leadership that the credit will be removed from the bill."

But the House bill -- which is supposed to be released Wednesday -- is just the first word, not the last, on any tax legislation.

As the negotiations begin over tax reform, first in the House and then the Senate, there's no telling yet where things end up.

Brady said in his statement he hopes members of Congress will further examine the NAHB proposed credit "before tax reform heads to the president's desk."

Next Article:Markets stumble as Catalonia declares independence from Spain