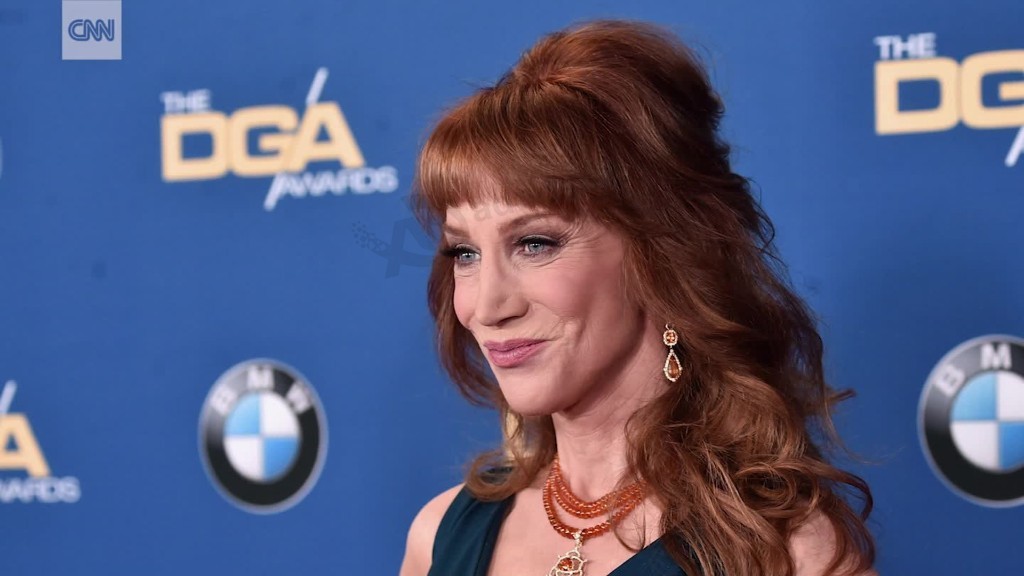 The bonus of Jeffrey Mezger, one of the most powerful people in real estate, will be slashed by 25% after he went on an anti-gay tirade against his neighbor, comedian Kathy Griffin.

Mezger, the CEO of homebuilder KB Home, used multiple homophobic and sexist slurs against Griffin and her partner. The tirade was caught on a security camera and a two-minute clip was published on Tuesday by HuffPost.

"Let's declare war, ass---- ... Let's bring it on, you b----," Mezger said during one of the tamer parts of the security camera audio recording.

The verbal outburst occurred last weekend after Griffin and her partner called the police to report a noise disturbance on Mezger's property.

KB Home (KBH) revealed on Thursday that its board of directors decided to cut Mezger's 2017 bonus by 25%. It warned him that a similar incident will result in his firing.

"Mr. Mezger's recent behavior in his personal dealings with a neighbor is unacceptable and a negative reflection on KB Home," the directors wrote in a filing.

But KB Home's board, which is responsible for holding its CEO accountable, stopped short of firing Mezger, its chief executive since 2006.

The board said Mezger "has always conducted himself in a professional manner" during his tenure at the company. It also said Mezger has the "full and complete confidence" of the board.

KB Home's board is led by Dorene Dominguez, who serves as its chair. It also includes Melissa Lora, president of Taco Bell, and BET founder Robert Johnson.

Some think the board didn't go far enough.

"Any CEO who goes on that kind of a tirade deserves to be fired," said Sandra Davis, chief executive of MDA Leadership Consulting. She called the 25% bonus cut a "small slap on the wrist."

Davis, who advises companies on management issues, said KB Home's board had an opportunity to show a commitment to inclusion and diversity.

KB Home did not respond to a request for further comment.

In a statement provided to HuffPost, KB Home said Mezger apologized for "losing his temper over a supposed noise complaint involving his three young grandchildren in his swimming pool around 8 p.m. on Saturday, while they were being supervised by their mother and grandmother."

"He apologizes for the language he used," the statement said, "as it does not reflect who he is or what he believes."

Griffin was fired by CNN in May after posting a photo of a bloody head resembling that of President Trump. During the tirade, Mezger alluded to Griffin's firing from CNN, which occurred after she posted the bloody photos resembling Trump. Griffin has apologized for the incident, which Trump said the comedian "should be ashamed of herself" for.

Mezger called Griffin a "bald" anti-gay slur who Trump "kind of put the heat on."