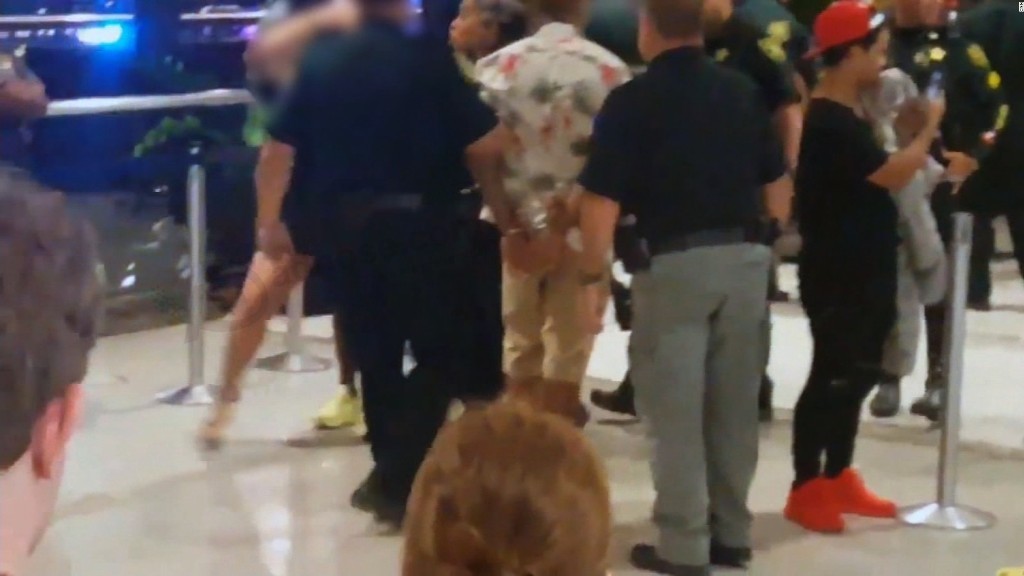 Spirit Airlines stock got clobbered on Thursday as investors learned of the damage caused by a showdown with its pilots.

A new earnings release said there were 850 "pilot-related" flight cancellations last quarter, costing the company $45 million. For investors, that news overshadowed the overall revenue bump that Spirit reported. The company's stock price plunged up to 19% during trading hours on Thursday.

Spirit is the airline fliers love to hate. While it's known for cheap ticket prices -- with fares as low as $41 one-way -- it consistently ranks last in customer satisfaction surveys.

Spirit (SAVE) pilots, and the Air Line Pilots Association that represents them, have also been frustrated with the budget air carrier. They've been embroiled in bitter contract negotiations with Spirit for two years.

Related: Spirit's customers are mad. Its pilots are furious

This spring, Spirit accused the union of organizing a work slowdown, forcing scores of flight cancellations when pilots called out from work. The service disruptions left tens of thousands of passengers stranded. It even sparked fist fights among frustrated fliers and prompted police to descend on the Fort Lauderdale airport to help keep order.

The airline won a federal court order in May that required the union to have its members resume flying their normal allotment of flights.

In a statement on Thursday, the union said pilots are currently doing "everything in their power to keep the airline's operation running and provide reliable service to its customers."

But Spirit isn't in the clear yet.

One analyst, Helane Becker of Cowen & Company, wrote Thursday that she expects "flight cancellations related to the open pilot contract may linger until the company reaches a new agreement."

And there's no sign yet of easing tensions with pilots. Negotiations remain gridlocked.

At the heart of the dispute is a salary debate. Kit Darby, an pilot compensation expert, told CNNMoney earlier this year that Spirit pays its pilots about half of what larger carriers such asUnited (UAL), American (AAL) and Delta (DAL) pay.

In a statement responding to the company's latest earnings report, the union said that Spirit has seen 28 straight quarters of profit -- but "continues to compensate its pilots below market-rate wages."

Additional information about what was tying up the talks was not immediately available Thursday.

Chief Financial Officer Edward Christie told investors on a call Thursday that the company is "working diligently" to reach an agreement with the pilot's union, but declined to comment on the "pace or status of those negotiations."

Next Article:Foxconn invests in Wisconsin: Workers 'should be wary'