Elon Musk doesn't care about you 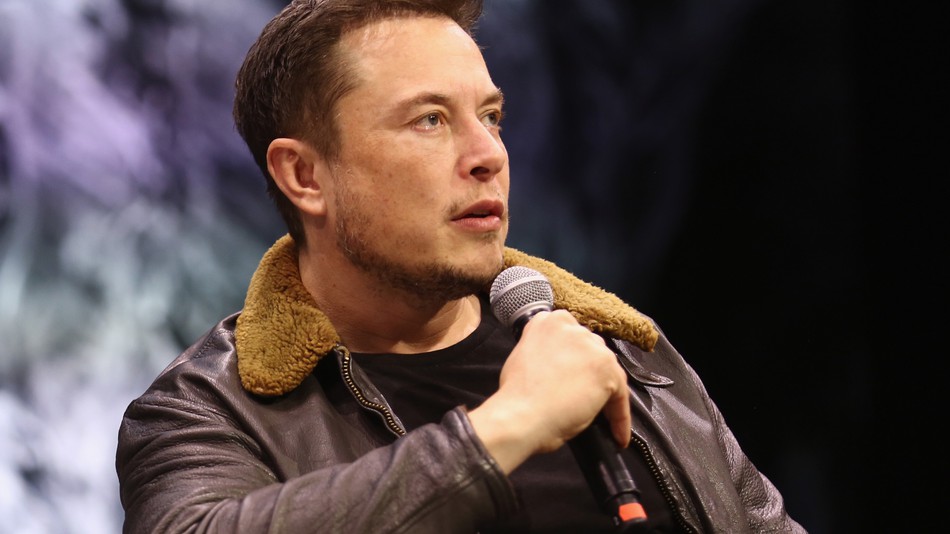 I'm about to tell you something that might break your heart. Elon Musk doesn't care about you.

By you I mean his customers, Wall Street, his shareholders, his creditors, his employees, and anyone who just might be interested in learning more about electric cars.

This lack of interest in anything you was on florid display during Tesla's first-quarter earnings call Wednesday evening. Musk had virtually no details on his cash-poor company's progress solving the problems that will define its future. He had no details about when Tesla would meet production goals for the Model 3, how he was going fix production issues, or how he planned to swing the company into profitability.

"Every metric that we've looked at internally suggests we are the best in class," he said on the call, failing to discuss what those metrics are or any metric, really.

Seeming, so far, has done enough to give Musk what he really craves — enough money to run his businesses with contempt for anyone who might question him, and, more important, the role of venerated leader of the cult of Musk. Everything else is just bothersome detail.

Now the cult of Musk has some good attributes. People love how Teslas drive, and Space X has captured the imagination of the entire country. In what are unquestionably confusing times, the cult of Musk is getting Americans excited about the future. For even the most cynical people, the positivity of endless possibility through science is infectious.

How you do anything is how you do everything

Now back to those bothersome details, because that's where you come into play.

My colleague Matt Debord wrote that Musk's contempt on the call was clearly, singularly for Wall Street. Debord's assessment doesn't go far enough for my taste, obviously, and far be it for me to defend the cabal of geniuses who gave the world such hits as the 2008 financial crisis and the tech bubble.

But it's completely normal for numbers guys to ask questions about numbers. When they get yelled about it for asking "boring, bonehead" questions about a business their clients are investing in, that's a red flag. Questions about the strategic "moat" protecting the business, in this case Tesla's exclusive supercharger network, should not be met with comments like the following:

"First of all, I think moats are lame," Musk said. "They're, like, nice, in a sort of quaint, vestigial way. But if your only defense against invading armies is a moat, you will not last long. What matters is the pace of innovation. That is the fundamental determinant of competitiveness."

This is not a game of Dungeons and Dragons with your friends. This is a business, and your investors (shareholders and creditors) would like you to protect it. At some point during the call, with all the enthusiasm of a Chinese politician reading out their guilty plea on state TV, Musk monotoned something about how he realizes Tesla "isn't a real company until" it's profitable.

Even Adam Jonas, one of Wall Street's most faithful Tesla fans, got the side of Musk's tongue for suggesting Musk raise money while he could. This in the midst of reports that the company is burning cash at a mind-bending rate.

I bring this up here because it should be clear to anyone with the desire to experiment with any new technology that there should be as much information in the public domain about it as possible. In this case we're talking about the potential for a deadly car crash.

Musk disingenuously compared coverage of traditional car crashes (the causes of which have been known for decades) with an Autopilot crash, the causes for which are still being understood.

The comparison itself is an insult to anyone who might consider driving a Tesla at all, let alone on Autopilot. Which brings me back to my point: Musk doesn't care about customers.

Toward the end of the call someone asked if Musk could just please (please) send a tweet out or something when Model 3 production ramps up to 3,000 cars a week. The investor said he was concerned about the volatility of Tesla's share price.

Musk responded to this by telling the investor that if he didn't have the stomach for volatility, he shouldn't own Tesla's stock.

So, no, Musk does not care about Wall Street bankers, and frankly that's fine. But he also doesn't care about his creditors and shareholders either. That is not OK.

Where are the customers' yachts (Teslas)?

And then there are the customers. On the call, Musk said he was focusing on Model 3 production, and as such is not focused on the Tesla Semi. We "haven't really tried to sell the Semi," he said.

Oh, so you've accepted about 2,000 reservations, and who knows how many thousands of dollars, for a vehicle you haven't really started working on manufacturing yet?

Reports that Tesla is underpaying workers and undercounts their injuries have barely gotten attention. Perhaps that's more of a reflection on us than it is on Tesla. Either way, add employees to the list of things Musk would rather not bother getting into detail about.

Next Article:China Could Target US Firms, Debt if Trump Plays Hardball