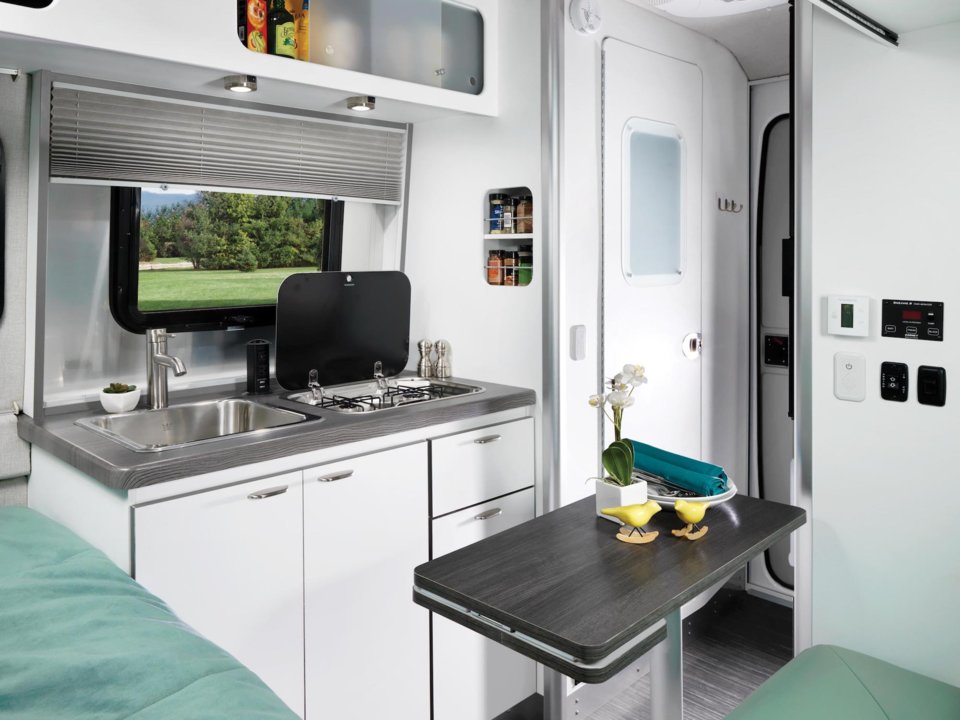 If you know Airstream, your know the 85-year-old company because it manufactures, in the USA, the all-American trailer at its best, crafted from shimmering aluminum and exuding timeless cool.

But shiny silver-bullet trailers aren't all the iconic brand has going on.

In 2016, under CEO Bob Wheeler (who joined in 2005), Airstream acquired NEST Caravan, a startup that has produced a prototype fiberglass trailer that caught Airstream's eye.

Now the first Airstream-flagged trailer has officially launched. It's called "Nest by Airstream," it costs $49,500, and it weights 3,400 pounds.

"There's really nothing else like it," Wheeler said in a statement. "Nest acknowledges Airstream's lasting legacy, while anticipating a new potential for outdoor adventure."

The Nest's design came via Robert Johans, who founded the Oregon-based company prior to its acquisition by Ohio-headquartered Airstream. Johans oversaw the expansion of the Nest prototype for Airstream, and the exterior was designed by Bryan Thompson, who had also worked on Airstream's outdoors-friendly Basecamp, the smallest aluminum trailer in the lineup.

According to Wheeler, Airstream is in a good position to capitalize on multiple business trends moving forward.

He and his team have been asking themselves what an autonomous vehicle looks like, and what happens when you don't have forward-facing seats. The mobility experience might make them more social, involving more entertainment and even sleeping.

"That starts to seem a lot like a recreational vehicle," he said in an interview with Business Insider earlier this year, adding that Airstream is now focusing intently on the intersection between transportation and residential design. "We want to make sure we're in that conversation."

Nest is a good example. Two available floorplans provide a pair of seating setups. The first has a U-shaped dinette that converts into a bed, "a permanent bed with a plush Tuft & Needle mattress," the company said.

The low weight is also a boon, enabling Nest to be towed by a relatively modest vehicle. (Airstream's largest trailer, the Classic, tips the scales at over 8,000 pounds, meaning you'd need a big SUV or full-size pickup to cover hauling.)

Nest, meanwhile, can be towed by a compact SUV, such as Toyota RAV4. For a target audience of younger buyers looking to get into the outdoor life or just take to the road without the need of hotels and motels along the way, that makes the Nest an attractive investment, with the venerable Airstream brand backing it up.

Next Article:JD.com - A Great Business At A Fair Price Wrapped In A Special Situation