Beneath the Glitz of a Ford Automobile Launch in China, Fears of a Trade War Remain 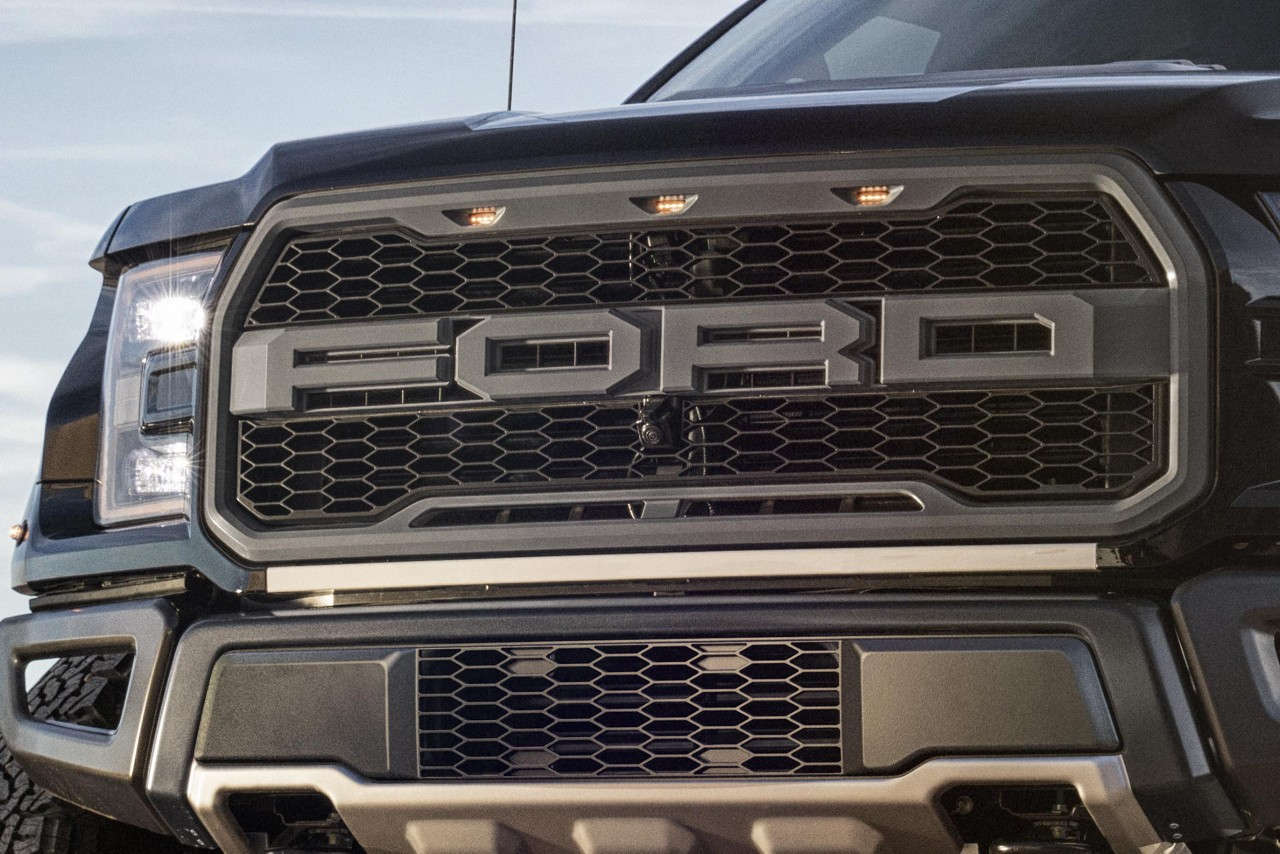 Sparkling beneath a hundred flashbulbs, Ford’s newest saloon was presented to the world in the central Chinese megacity of Chongqing on Tuesday, in a symphony of polished paintwork and umbrella-twirling dancers.

The unveiling of the next generation Ford Focus is the American automobile giant’s first ever global launch in China, spotlighting the growing importance of the world’s most populous nation for American companies. It comes as fears of a trade war persist despite conciliatory remarks from Chinese leader Xi Jinping and U.S. President Donald Trump.

Trump has taken aim at America’s current record $375.2 billion trade deficit with China, zeroing in on the disparity between American and Chinese auto import tariffs — 2.5% versus 25% respectively, Trump tweeted April 9 — as an example of “stupid trade.” He has threatened over $150 billion of tariffs against China over the imbalance and alleged pilfering of intellectual property (IP); the Beijing government denies wrongdoing and has vowed to retaliate.

On Monday, Chinese President Xi Jinping agreed to “significantly” reduce U.S. auto import tariffs this year, a move Trump tweeted he was “very thankful for.” But rapprochement was short-lived. China reported the U.S. to the WTO that same day over $3 billion of steel and aluminum tariffs Trump imposed last month. Analysts also doubt whether the auto tariff reduction Xi pledged will happen as China has repeatedly reneged on similar promises in the past.

“U.S. automakers are likely to discover quite quickly that their access to the Chinese market is limited,” a China Association of Automobile Manufacturers official told China’s state-backed Global Times newspaper.

China’s autos market is by far the world’s largest, and its manufacturers have a production capacity of 30 million vehicles annually. The stakes for U.S. manufacturers thus couldn’t be higher, casting a shadow over the Ford launch.

“The two governments have a relationship and we would encourage them to work it out, encourage them to come to some agreement,” Trevor Worthington, vice-president of product development for Ford Asia-Pacific, tells TIME in Chongqing.

Ford only has about 3% of the Chinese market, according to Worthington, and for a firm that consistently ranks in the top five automakers worldwide, it “should be doing much better,” he says. Still, American firms made profits of some $4 billion from Sino-U.S. joint ventures in 2016, according to Chinese officials. In addition, China imported around 273,000 cars from the U.S. — around a quarter of all imports — with a reported value of over $13 billion in 2017. Ford has sold 2.6 million Focus models alone since entering the Chinese market in 2005.

The shifting dynamics of China’s car market reflect the U.S.-China trade relationship more generally. A theoretically communist nation that only began to economically liberalize in the 1980s now wields vast geopolitical and economic clout, yet still enjoys significant preferable treatment regarding trade. When the U.S. supported Chinese accession to the World Trade Organization in 2001, the deal was that the U.S. would slowly gain access to its markets, partly compensating for American manufacturing shifting to China. In the time since, China’s GDP has soared from $1.3 trillion to $11.2 trillion but market access has barely improved.

As in many priority industries in China, foreign automakers must make a 50-50 partnership with local firms. (Ford principally works with Chongqing-based Changan Automobile.) These partnerships facilitate the transfer of technology and other IP that have benefited a legion of first-rate Chinese competitors.

In 2001, China had fewer than 10 million passenger vehicles for its 1.2 billion population — just one vehicle for every 128 people, or a market penetration equivalent to the U.S. in 1911 — just three years after Henry Ford produced his first Model T. But by 2009, China was the largest car market in the world. Today, it’s bigger than the U.S. and Japan combined. In 2017, 25.4 million passenger vehicles — the vast majority produced by Chinese firms — were sold in China, according to market analysis firm LMC Automotive. (In the U.S., just 17.2 million vehicles were sold last year.)

This is largely due to canny official control over the economy, combined with some equally resourceful gathering of technology. In his acclaimed book Country Driving: A Chinese Road Trip, New Yorker journalist Peter Hessler described how the Wuhan city government set up a car company in the late 1990s by hiring a former Volkswagen engineer called Yin Tongyao. Yin bought an assembly line from an obsolete Ford factory in the U.K., blueprints from Volkswagen subsidiary Seat in Spain, and parts through side deals with Volkswagen suppliers in China. By the spring of 2000, that company, Qirui, known in English as Chery, was churning out cars.

Today, Yin is Chery’s President and CEO, and the firm is China’s biggest automotive exporter, boasting factories in Brazil, Iran, Venezuela and Russia. Chery’s success is paralleled domestically, where production and quality have surged in unison. Private companies are meanwhile overtaking state-affiliated rivals and poaching engineers and executives from storied European and American manufacturers and even buying up foreign firms wholesale. Ford sold Swedish firm Volvo to China’s Geely for $1.8 billion in 2010.

“China is no longer able to act the weak victim that’s dependent on others,” says Kerry Brown, professor of Chinese politics at King’s College London. “It is now a country that others are dependent on.”

Today, Chinese automakers control most of the domestic market (as local manufacturers do in the smartphone market — another IP-heavy field). For Ford, protecting over a century of hard-fought IP is paramount.

“We’re pretty careful about the way we manage the key processes and intellectual property,” says Worthington of Ford’s partnership with Changan. “We do have ways of sharing that with our partners but in a very limited way.”

When Changan handles all of Ford’s local sales, marketing and dealer network, there are huge benefits for the Chinese firm, not only in terms of technology, but branding and other aspects of business strategy. And yet it’s difficult to argue that China needs technology transfer any longer. “China is the lead. The market has become sophisticated very quickly,” says Worthington.

U.S. car sales fell 2% in 2017 and are expected to fall again this year. The danger is that Trump’s attempts to coax fairer terms may make things even worse for American automakers by jeopardizing their China business altogether. In addition, foreign firms such as BMW and Mercedes-Benz now produce the majority of their premium SUVs in the U.S., accounting for 60% of all U.S. auto exports to China. A trade war “might compel German brands to transfer their production,” says Alan Kang, senior market analyst with LMC Automotive—at a cost of thousands of American jobs.

American investment in China could also become a glaring target. “Chinese retaliation may come in form of new taxes or greater restriction of profit repatriation that restrict American businesses operating there,” says Jim Nolt, an Asia specialist with World Policy Institute. Fearful of their position, American companies refuse to publicly castigate Chinese trade practices, exasperating U.S. trade officials who complain to TIME of hearing executives’ complaints in private but only platitudes in public.

For Derek Scissors, an economist focusing on China at the American Enterprise Institute, Trump’s tariff approach is unrealistic “because these are key elements of how China engages the world — you don’t get to compete with state-owned enterprises in China, and if you want access to our market, we want your technology.”

Ironically, Trump undermined his best hope to make progress on the IP issue on his first day in office, when he pulled the U.S. out of the Trans-Pacific Partnership (TPP). That free trade pact between a dozen – now 11 — Asia-Pacific nations contained strong IP protection, and the Obama administration was also separately negotiating toughened IP protocols with the European Union. Raising standards elsewhere, particularly in developing nations with lower production costs than China, would have set the global IP bar higher and thus put pressure on Beijing to reciprocate to stay competitive. (Already, in 2014, China introduced special IP courts that have received positive feedback from U.S. firms.) The sheer size of the Chinese market means other nations will likely only coerce better practices by lobbying Beijing in concert.

In autos, like many industries now, China increasingly writes the rules. Whereas cars were once created for precision cruising at 110 m.p.h. on the German autobahn, today they are designed to sooth drivers navigating the maddening stop-start traffic of Beijing. Worthington says Ford is putting modems and wireless chargers in its latest models, which are linked not only with Apple CarPlay but also Beijing-based tech giant Baidu’s CarLife network. Cars in the West traditionally focus on the driver, with little heed to passenger comfort, but in China they are “a social environment,” says Worthington.

Predominantly single-child families also hit the road with grandparents in tow, likely sitting in the rear either side of the infant, meaning extra space is mandatory in the back seats. “The expectation is that it’s a very comfortable, luxurious experience for your parents, “ says Worthington. Today, all Focus models sold across the globe have a longer wheelbase and roomer back row because of this uniquely Chinese preference. Electric vehicles are also coming on in leaps and bounds, mainly due to the concerted backing of green technology by Beijing.

As in so many relationships, the student is now the teacher. Now all the West has to do is figure out how to do away with China’s student discounts.

Next Article:Goldman Sachs Analysts Question Whether Curing Patients Is Good for Business