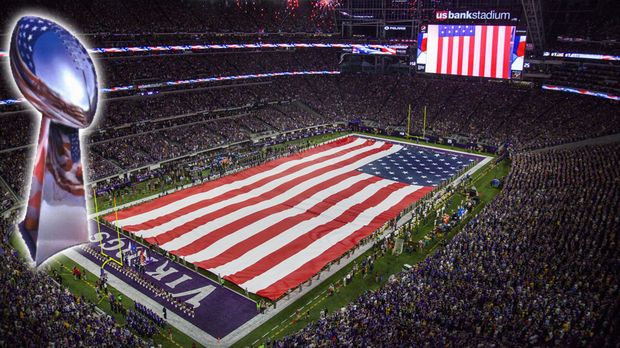 Super Bowl advertising is all about big brand statements -- or at least this was historically true. As one of the largest single spends that a brand can make in the advertising space, upwards of $5 million for 30 seconds, it is best to be sure that the ad makes an impact and reaches the target audience. Once a must for large brands, is Super Bowl advertising losing its appeal? One big brand that's sitting out during the 2018 event is Honda. But why?

While brands opting out of this year’s big advertising day may say that their budgets aren’t allowing them to participate or that it is untimely with their product launches, this probably isn’t the case for all. There may be other reasons why brands are opting out of Super Bowl advertising this year and in the future -- or at least opting, instead, for the new six-second mini ad.

Last year, the Super Bowl hit at a time of political upheaval in the U.S., and the ads reflected this sensibility. This year, we may see more of the same, but politics have also affected the advertising landscape for the event in other ways.

The public feud that ensued after players took a knee during the playing of the national anthem to protest injustice started a landslide of political conversations. The reluctance by the NFL to take a clear position and the inconsistent opinions and behaviors of teams and players have led to concerns that sponsors might feel the heat from either political group.

Ultimately, this means brands aren’t in full control of the messaging they’ll be a part of -- a unique and new situation for such a safe advertising opportunity as the Super Bowl. Brands are stopping to ask themselves: "Do we want to be part of the politically charged overtone that is invading the NFL?"

Overall, football viewership in the U.S. is down, in some cases by double digits. Advertisers who used to be assured that, regardless of their demographic target, their audience would be watching are now a bit uncertain. While these trends are significant -- especially if you are debating spending several million dollars on one ad placement -- many experts believe that the Super Bowl itself may be immune.

But are they fooling themselves? Yes, there are many people who only watch football when it is Super Bowl time, but that audience is in decline as well. As Americans become more diverse and have more outlets for other forms of entertainment, football appears to be shrinking into a niche event, begging the question, is the Super Bowl worth the spend?

In general, Super Bowl ads rely on outdated concepts of consumer loyalty and do not provide brands with the consumer connections that it has in the past. Today’s consumer is promiscuous -- they are more likely than ever before to stray from brand-specific purchases and brand loyalty. They are seeking products and services that fit into the context of what they need at a specific moment, driven by a specific set of ever-changing circumstances. Our research has shown that a brand is often one of the last things consumers think of, if at all, when making a decision. Brands are wrestling with measuring value that a splashy brand-awareness ad really provides.

If consumers are at all interested in connecting with a brand, they have a myriad of ways to engage that go far beyond a Super Bowl ad spot. With countless opportunities to connect via sports media, social media, search, content and more, a big ad spend on the main broadcast may not even be the best way to reach core audiences. In fact, some may see it as an over-crowded opportunity when it is getting harder and harder to be heard over the clamor.

Some brands can still benefit from the Super Bowl, although the asking price might be a bit steep for the return. Keeping customers engaged is an ongoing challenge in a cluttered and fickle marketplace, which is why brands may choose to spend dollars somewhere other than during this year's Super Bowl.

Previous Article:Lenovo back on the growth track

Next Article:Amazon CFO: advertising was a 'key contributor' to revenue growth