Lenovo back on the growth track 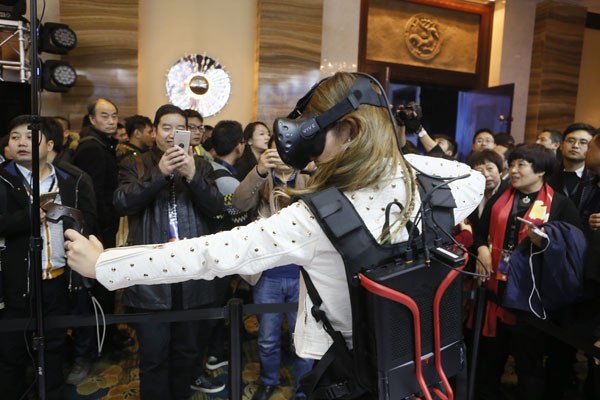 Despite achieving a three-year revenue high in the last quarter, Lenovo Group Ltdthe world's second-largest personal computer maker－posted a loss due to a one-off charge of $400 million resulting from a United States tax reform, the company said on Thursday.

Yang Yuanqing, CEO and chairman of Lenovo, said the Beijing-based company has moved back onto the growth track, and the US corporate tax reform would not have negative impact on future earnings of its operations in the country.

Lenovo recorded a loss of $289 million in the last quarter of 2017, compared with an average forecast of a $124.5 million profit compiled by Bloomberg. The company said its pre-tax profit hit $150 million, up 48 percent year-on-year.

After struggling in both the personal computer and smartphone businesses in recent quarters, Lenovo said its hardest period is nearing an end, and it is reviving good growth momentum.

"Lenovo has re-entered the ascending track. As the PC market bounces back to growth, our core business will see an evident rise," Yang said.

In the same time frame, global PC shipments rose for the first time in six years, albeit by less than 1 percent, according to market research company IDC. But HP Inc expanded its lead over Lenovo, its closest rival.

"We had been more conservative than HP in the past several quarters, especially in the North American market. But we are readjusting our strategies," Yang said.

When it comes to the mobile phone business, the company saw a narrower loss, with more efforts made to sharpen their focus on user experience.

Xiang Ligang, CEO of telecoms industry website Cctime, said Lenovo still faces mounting competition from rivals. It will still take time for the company to come up with competitive smartphone models that can resonate with consumers, he said.

Next Article:Consumers Are Driving Shift In Super Bowl Advertising Spends