US firms bullish on prospects in China 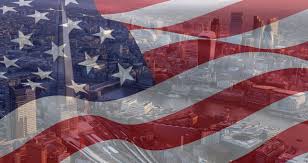 Companies from the United States doing business in China are becoming more optimistic about China-US business ties despite the possibility of restrictive trade actions from the Trump administration, a new survey said on Tuesday.

According to the 2018 China Business Climate Survey Report from the American Chamber of Commerce in China, about 36 percent of the respondents believe relations between the two countries will improve this year－compared with 17 percent in 2017－possibly influenced by the perceived success of US President Trump's visit to China and President Xi Jinping's earlier trip to the US.

The chamber's member companies expect specific reforms including greater access to officials and consistent implementation of national policies at the local level to be further enhanced this year. About 46 percent of the respondents are confident the government will further open China's market to foreign investment within the next three years, up from 34 percent last year.

This is the 20th year that AmCham China has polled its members on the business environment in China. The survey was conducted between Oct 23 and Nov 26, 2017, and was sent to 849 member company representatives, of which 411 completed a significant portion.

"Regarding the economy, there is cautious optimism that the 'new normal' rate of growth is sustainable for the foreseeable future, providing opportunities for business to expand," said William Zarit, chairman of AmCham in China.

For many member companies, 2017 witnessed a recovery in terms of performance. Some 64 percent of them reported revenue growth, up from 58 percent in 2016 and 55 percent in 2015, said the survey.

For 2018, the survey found the average forecast for China's GDP growth was 6.3 percent. Nearly six in 10 companies ranked China among their top three investment priorities, up from the previous year but still below the historical average.

"Facing a market with so many uncertainties and domestic competitors that continue to grow stronger, foreign companies must increase their organizational agility in China," said Stephen Shih, a partner of global management consulting firm Bain & Company's Shanghai office.