Media Has to Change 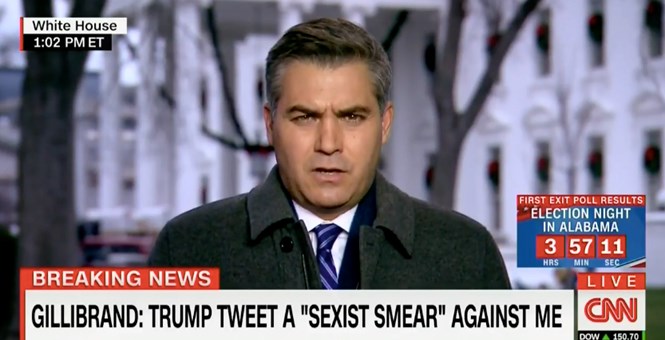 For the news industry to thrive, it has to address their audience's low opinion of their work product and make it better. While the First Amendment provides freedom of the press, it does not address the potential bias of those who work in the press, or what control the press might have. It does not address how that bias might change news into opinion, nor does it address the distinction between news and commentary. The First Amendment states, "Congress shall make no law... abridging the freedom of speech, or of the press."

So government can't control the press. The press has the ability to determine what to focus on as well as how to phrase, position and promote their coverage. With opinion writers (such as myself) or show hosts, it's easy to see and understand the political bias that events are viewed through. With those who "report" the news, it gets a bit more difficult. It becomes more important to see what was covered, what was left out and the perspective from which it was viewed and created from.

For example, the White House held an event this Tuesday: "A Conversation with the Women of America." During this event, a panel discussion was held. Press Secretary Sarah Sanders called on Sharon LeVell -- the owner of Dunwoody Diamonds USA, in Dunwoody, Georgia, and a woman of color -- for a comment.

"I'm a jewelry store owner of more than 20 years in the Atlanta area, so I'm ecstatic about the tax reform bill," Sharon said. One can imagine in other administrations, this praise for a recent policy victory would get wide press coverage, especially from a woman of color. Instead, the press is focusing on color commentary regarding comments made by President Trump last week.

In today's news, it appear that color commentary trumps comments by a woman of color.

The continued focus of the media on comments rather than facts and policy, and the inability of the public to easily distinguish between the two, has eroded the public trust in the industry. This past Tuesday, the Knight Foundation released the 2017 Gallup/Knight Foundation Survey on Trust, Media and Democracy, (19,000 U.S. adults, 95 percent confidence level, +/- 1 percent). The results are sad but not surprising.

The summary stated, "Most Americans believe it is now harder to be well-informed and to determine which news is accurate. They increasingly perceive the media as biased and struggle to identify objective news sources. They believe the media continue to have a critical role in our democracy but are not very positive about how the media are fulfilling that role."

The news media has an important job, but they are just not doing it currently. "By 58 percent to 38 percent, Americans say it is harder rather than easier to be informed today due to the plethora of information and news sources available."

More information and more sources of information are leading to information overload rather than providing clarity for information consumers. In 1984, the year I graduated high school, 42 percent of Americans thought that the news media did not do a good job of separating fact from opinion.

In the past 33 years, that number has increased more than 50 percent. "Today, 66 percent of Americans say most news media do not do a good job of separating fact from opinion." Additionally, "More Americans have a negative (43 percent) than a positive (33 percent) view of the news media," based on the Gallup/ Knight Survey.

When you look at the patterns, more conservatives and republicans are skeptical or critical of news coverage, which is not surprising. What is surprising is that the youngest group (18 to 29 year olds) hold the lowest regard for the media. This disapproval rate declines as each age group gets older. Those in the 65 and older category only have a 39 percent unfavorable opinion. Still nothing to report about -- and no doubt the media will ignore the report.

What does this mean? The media industry is going to have to change the way it operates if it is still planning on being relevant in the future. It's not enough to claim you are reporting news, it's important that those who read, listen or watch the news believe you are reporting news, and not simply providing color commentary - unless or course that's your job. The important part is to clearly distinguish between the two.

Next Article:The national advertising model is on life support: it’s time to pull the plug