One In Ten Publishers Say They're Not Labeling Native Advertising 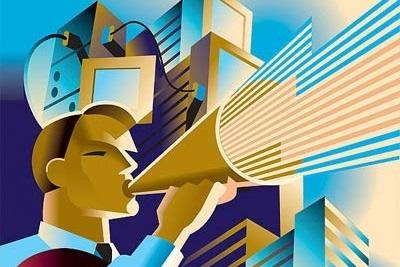 The Native Advertising Trends in News Media 2017 report, which was a collaboration with the International News Media Association (INMA), found that more news media publishers (11%) said they weren’t labeling their native ads compared to last year (7%).

In another report from NAI and INMA that focused on the magazine industry, the number of publishers not labeling native ads was 10% — a bit lower than last year’s 11%.

“It’s great news that native advertising is becoming a more integrated and accepted part of the publishers’ offerings. However, it’s bad news if it becomes so integrated into the the product that the audience cannot tell it from editorial content,” noted Jesper Laursen, founder and CEO of the NAI.

Laursen said publishers' most cited reason for not disclosing native advertising was “to meet budget demands.”

"They are so behind on budgets that they feel the need to bend the rules," he said.

“This is a serious problem — not only because it is illegal and can completely ruin the credibility of news media, but because the audience will eventually figure it out and then turn its back on native ads, just as it has on traditional online advertising,” Laursen added.

According to 25% of the publishers surveyed, poor labeling is one of the biggest threats to native advertising.

Disclosing native advertising is advocated by the Interactive Advertising Bureau (IAB), but “because there is wide variation in native advertising use cases, it is not possible to recommend a single, one-size fits all disclosure mechanism for disclosure and this is acknowledged by the Federal Trade Commission [FTC] in the U.S.,” stated Susan Borst, VP of mobile at IAB.

“It is possible, however, to demand adherence to the core principle that regardless of context, a reasonable consumer should be able to distinguish between what is paid advertising vs. what is publisher editorial content. Clarity and prominence of the disclosure is paramount and marketers, agencies and publishers need to be familiar with FTC guidance on this topic. In the end, clear disclosure is better for the consumer, the brand and the publisher,” Borst added.

Native advertising is growing more popular for news publishers, and it is making more money.

Ninety-one percent of magazine publishers said that native advertising is “important” or “very important” to their business.

Last year, 26% of publishers were working with an external agency to deliver native advertising. This year, that number was halved, to  13%.

The data for the news media study was collected from an online survey emailed to a sample of news media executives who are INMA members. Two hundred and thirty-one executives from 51 different countries completed the survey.

Two hundred and seven magazine executives from 53 countries participated in the other survey. Both were conducted this summer.