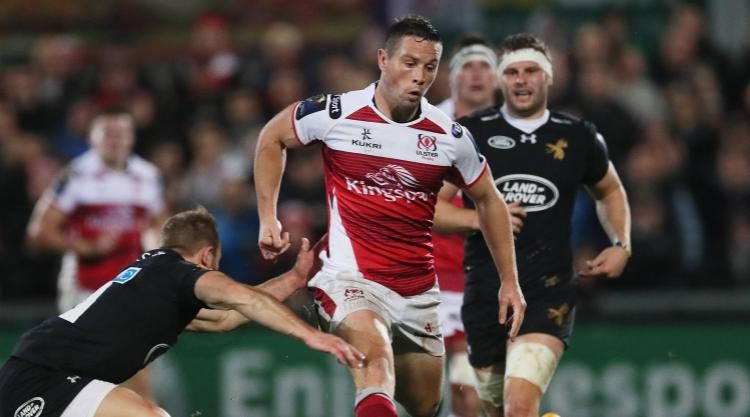 Harlequins' hopes of progression to the Champions Cup quarter-finals were virtually extinguished as they crashed to a third-consecutive defeat in Europe, a 17-5 loss at home to Ulster.

It was the first time since the 2009-10 season that Quins had lost three European games on the bounce and this defeat leaves them rooted to the bottom of Pool 1 with just a single point and trailing 14 points behind runaway leaders La Rochelle.

It was a miserable afternoon for Quins as their injury-ravaged squad lost Chris Robshaw and Danny Care to failed head assessments and could only manage a single try from Kyle Sinckler.

Ulster were deserved winners with Jacob Stockdale scoring their try, while John Cooney added four penalties to pick up the man of the match award.

The visitors made the better start to take a sixth-minute lead when Cooney kicked a simple penalty but the first quarter was easily forgettable as both teams struggled to come to terms with the difficult conditions.

Quins suffered a setback when Robshaw left the field for a head injury assessment before the Irish missed the chance to extend their lead when Cooney was off-target with a straightforward penalty attempt.

Cooney soon made amends by seizing on a loose ball before running 30 metres to set up a try for Stockdale.

Robshaw failed to return so Archie White became a permanent replacement as the conditions worsened with the ground staff being forced to regularly maintain the line-markings as the increased snowfall was obliterating them.

Marcus Smith missed an opportunity to put the hosts on the scoreboard when he failed with a 25-metre penalty before a 35-metre burst from Ian Henderson secured Ulster a platform in the opposition.

The away side declined a kickable penalty but it proved the wrong option as they fumbled the resulting line-out and Quins were able to clear the danger.

Ulster therefore held a handy 8-0 advantage at half-time as the snow relented in time for the restart.

Within minutes of the teams returning to action, the hosts suffered another injury blow when Care left the field for an assessment with Ian Prior introduced at scrum half.

Quins overcame this setback to build up their first period of sustained pressure - as it had taken them 46 minutes to threaten the try-line - and they were rewarded when, after a succession of set scrums, Sinckler forced his way over.

Care failed to return before Cooney kicked his second penalty to give Ulster an 11-5 lead going into the final quarter.

Two further penalties from the Ireland scrum-half snuffed out any chance of a Quins revival as the visitors easily held on for victory and moved up to second in the table.

Next Article:Introducing S.League promotion could allow some fallen Singapore giants to rise