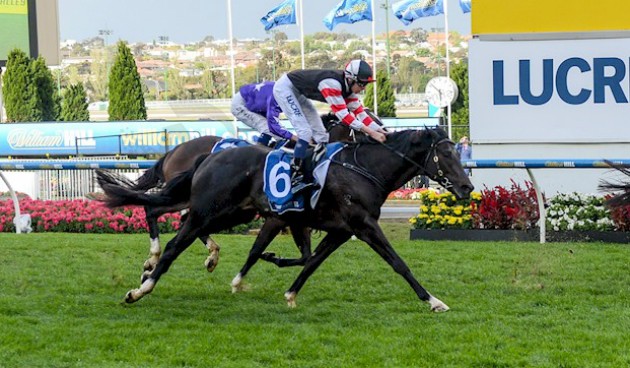 Trainer Robbie Laing said it was close to a split-decision by the owners of the Group 1-placed entire So Si Bon to depart his Cranbourne stable, and head to Lindsay Park's Euroa base.

The four-year-old son of So You Think placed in each of the G1 Rosehill Guineas and G1 Sir Rupert Clarke Stakes in 2017 - but with only one win from 20 starts, some of the ownership became impatient with the prospect of an even more valuable stallion on their hands pending a G1 win.

Speaking to Racing.com's Matt Hill on Sunday, on which day he bagged a two-track double, Laing explained the circumstances of So Si Bon's departure to trainers David and Ben Hayes and Tom Dabernig.

"I'm disappointed for the seven people that didn't want to move - they've been clients of my Dad's and with the stable a long time," Laing said.

"They didn't get much of a say because those seven were out-voted by the five who had a bigger share in the horse.

"I felt sorry for them, because they're all locals, and they came to my rescue 10 years ago when Roman Arch had to be sold, and they bought a share in him six weeks before he won the Australian Cup.

"Then we bought another cheapie in New Zealand called Lakonian and we sold him to Hong Kong for $800,000.

Laing said ultimately it came down to So Si Bon's winning strike-rate not being what it could have been, but also expressed his view the son of Black Minx needs the ultimate gear change to be his best.

"It's a bit like being the best footy coach in the world, and running on the bottom of the ladder," Laing quipped of his time with So Si Bon.

"He won his maiden here [at Racing.com Park].

"It was a bugger of a campaign because the week before we were over at Sandown to kick off in a mid-weeker, and they called the races off because it was too windy.

"In desperation, we came here, won his maiden.

"When you've got a well bred three-year-old colt, you can either go through your grades and win half-a-dozen races or we were only 2-3 weeks away from the Caulfield Guineas, he drew 18, got back to last, flew home, and probably should've won, but we missed.

"Third in the Vase on Cox Plate Day, and then once again drew poorly, gave them a 15-length start in the Derby flashed home to run fourth. Near misses.

"The fellas behind the horse moving, they're punters. And I suppose there's only so often you can tip them into a horse and keep coming up with excuses.

"He's a stallion. His behaviour has been terrible of late.

"Their take on it was to go elsewhere, see if they can settle him down, get a win out of him as an entire, which'll make him worth a lot of money as a stallion.

"My take was different - I think the horse needs gelding."

Next Article:Bath May Be In Hot Water If Taulupe Faletau Plays For Wales This Weekend